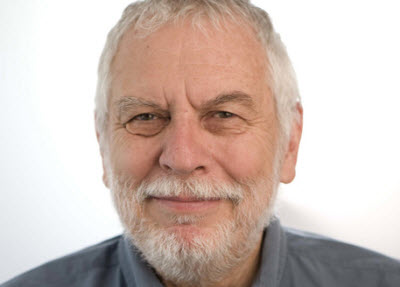 Game entrepreneur Nolan Bushnell, the father of video games, said that he plans to disrupt education with a new startup aimed at getting kids to learn via technology and games.

Bushnell delivered his announcement onstage at this week’s GamesBeat 2011 conference with the panache of the original game industry huckster that he is, lacing his talk with raunchy jokes, grandiose predictions of the future, and outright bragging. Bushnell is a true character and one of the most prolific entrepreneurs in the history of games and technology, best known for creating the video game industry’s first boom times with the founding of Atari. His speech wandered everywhere, and it was very illuminating.

“What am I working on?” he said. “I want to fix education in the world. As soon as I work on that, I am going to work on world hunger and then world peace.”

Through his startup Speed to Learn, Bushnell will try to get kids to learn faster by integrating game play directly into education plans. He claimed that his Wordplay.com Spanish vocabulary game can help kids learn Spanish five or six times faster than Rosetta Stone, the popular language software. He said that the games adapt to a user’s level of knowledge — known as adaptive practice — and will be combined with metrics and tutoring to recreate curricula for schools.

“All schools will end up using game metrics in the future,” he said.

“The public school system with its bureaucracy and unions and bullshit are stuck,” he said. “The pressure is building. There will be an earthquake. That will happen with the bankruptcy of California in two years. There is no chance California will fix itself with unfunded pensions and runaway public sector costs. It’s going to be like Greece. We don’t have the European Community to bail us out. It’s going to have to be the federal government, but California is a huge economy.”

That will result in Draconian cuts for education, and that is when Bushnell plans to be ready with his solution. He didn’t provide many details, and the company’s web site link (www.speedtolearn.com) doesn’t work yet.

“Am I an ambulance chaser?” he said. “No. I will take advantage of an opportunity, called predicting the future. You may think I’m crazy. But I’m the only one who was predicting the Nintendo Wii would beat Sony’s PlayStation 3.”

Bushnell started his speech by talking about the early days of video games. He founded the original Atari Inc. with Ted Dabney in 1972, launching a revolution in home and arcade video games. He sold the company in 1976 to Warner Communications and left in 1978. During that time, Bushnell was always a colorful figure. He didn’t take credit for inventing video games, which were started as early as 1958. But in the 1970s, Bushnell said his efforts resulted in the acceleration of video games through titles such as Pong.

Apple cofounders Steve Wozniak and Steve Jobs worked for him, and Wozniak built the game Breakout for Atari (though Wozniak wasn’t on the payroll, as he worked through his friend Jobs). When they left to start Apple, they offered to let him invest $50,000 for a third of the company. Bushnell chose not to invest.

“I regret that,” Bushnell said, getting a lot of laughter.

Bushnell predicted that gaming technologies of all sorts will catch fire, including augmented reality, or layering digital imagery over real-world camera phone images. He said he was tired of some of the mechanics in Zynga games, saying he was “sick of Mafia Wars” and “do we really want to plant any more cabbages?” The tedious game mechanics in these games are known as “grinding,” where users have to do things over and over again to rise up in a game’s levels.

“Grinding works for a while,” he said. “I’m not convinced that grinding is a long-term strategy for success.”

He said he was a fan of game-streaming technologies (such as OnLive, Otoy and Gaikai) and that “We are probably entering a golden age of creativity.” He said you can get more creative results with cheaper efforts and tools than ever before, adding that when you lower the risk of building projects such as games, you can increase the creativity.

Offering advice, Bushnell said you should “mistrust consensus. … When the industry zigs in one direction, you should zag.” Consensus strategies run into a lot of competition.

Bushnell’s education startup hasn’t disclosed many details, but it’s worth paying attention to. After Atari, Bushnell went on to found Chuck E. Cheese’s Pizza Time Theater restaurants and a total of 20 other startups. Those include Etak, which created an early car navigation unit; ByVideo, which was like Amazon.com, before the internet, since it sold videos in kiosks. He is co-founder and chief game designer of Anti-Aging Games, which is working on games that stimulate the brain. He also operated uWink, which started a chain of restaurants with games and automatic ordering.

Bushnell rejoined the board of Atari a year ago. He said he has written a science fiction novel about video games entitle Games 2070, which is the 100-year anniversary of Atari.