Nolan Bushnell, the cofounder of Atari and father of modern video games, is back with a new startup creating a virtual reality platform for enterprises.

Modal VR enables companies to set up virtual reality experiences that are life-size and large-scale, like setting up a field for a new kind of laser tag game or a shared virtual tourism experience. 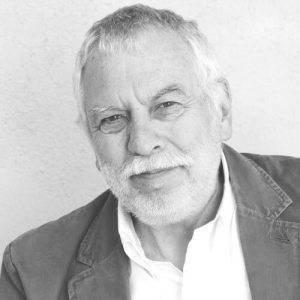 Above: Nolan Bushnell is cofounder and chairman of Modal VR.

Jason Crawford, CEO of Modal VR in Los Angeles, said in an interview that the company is creating hardware and software as part of its platform. Companies across a wide variety of industries can use the platform to create their own immersive experiences to visualize, play, train, create, and collaborate with each other, Bushnell said in an interview.

“We think this is the next generation of VR,” Bushnell said. “We want to help enterprises solve problems by looking at them from another point of view.”

Crawford started Modal VR a few years ago because he wanted to create believable experiences in VR. The system is completely wireless, and it comes with various sensors with batteries. Over time, the company hopes to make the wearable technology more invisible and lightweight, Bushnell said. And the way the system is built, there could be large numbers of people who share the same virtual experience.

Bushnell helped kick off the video game industry in the 1970s at Atari, and he has been investing in game companies ever since. He started Chuck E. Cheese and is an inductee of the Video Game Hall of Fame. Crawford is also the founder of a few startups, including Tiny Castle Studios.

I tried out Modal VR in a demo at a big soccer field in Sunnyvale, Calif. Bushnell and Crawford showed me a working system that started with me getting suited up in an outfit that included a VR headset, or visor, and a number of sensors that went on my arms and legs. I had gloves with sensors on my fingers. Those sensors functioned a lot like the sensors in a motion-capture studio. They detected my full body movements, including which direction I was facing and what I was doing with my arms and legs. There were sensor detectors set up across the soccer field.

There were some technical problems at first, but it eventually worked. With the VR headset on, I looked forward and saw a life-size castle — not unlike Cinderella’s castle at Disneyland — that was perhaps 30 feet high. I walked slowly under the archway and looped around. I came to a ferris wheel and other rides. Then I was able to move my hands and pick up the ferris wheel and place it in a different part of the amusement park. I was able to share that experience with one other Modal VR employee, who served as my tour guide in the same VR experience. That was particularly unique. 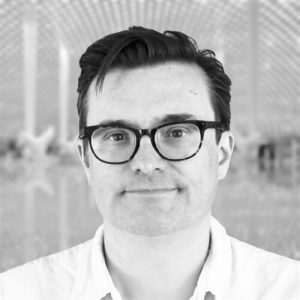 Above: Jason Crawford is CEO of Modal VR.

After that, I walked back and returned to the spot on the soccer field where I started. Anyone watching me would have noticed that I had walked over almost every part of the field.

Once it’s ready to go, Modal VR will be able to set up its portable system in a matter of minutes. The sensors can track multiple users at once in areas as large as 900,000 square feet. Modal VR system owners can easily download and install Modal VR applications.

Bushnell and Crawford said that the possible uses include themed entertainment, such as interactive attractions or previsualization tools; marketing, with experiential activations and social content creation; and arcades, with large-scale VR experiences, such as group laser tag.

Other applications include group esports competitions and mixed reality entertainment; real estate sales and visualizations; film and TV previsualization for sets, stunts, and visual effects; and training for law enforcement, emergency response, military, astronauts, and athletes. Museums could use the tech for immersive exhibits and virtual walkthroughs. Cities can use them for urban planning visualization or virtual travel.

Modal VR came from an independent software studio, so the founders understand the business challenges most software developers face. As a result, the company plans to place Modal VR Developer Editions directly in the hands of developers, providing the community with countless new opportunities to create amazing experiences and generate revenue in a new way.

“Our team is looking forward to being an active contributor and collaborator within the VR community. We hope Modal VR will help expand our understanding of what’s possible and help push the industry forward in different ways,” Crawford said.

“We have been working to bring ambitious mixed reality content to our fans, and Modal VR is well beyond the limitations we thought possible,” said Shaun Novak, senior director of production at Machinima, in a statement. “The wireless portability, full-body tracking, and massive play area really allow for compelling experience in and out of the headset. Modal VR has been a great partner in showing the fun of VR.”