When Ubisoft wanted ads to reflect the twisted Montana-inspired world of the video game Far Cry 5, it turned to Nomadic Agency, a creative advertising shop that it had worked with for a decade. Nomadic produced a memorable TV and online ad with the premise, “Nothing ever happens around here.”

It used a sardonic sense of humor, as the characters mouthing things about small-town boredom were juxtaposed with crazy violent events happening in the background from the video game — like a bear brawling with bar goers and crop-duster airplanes dueling in an aerial dogfight. While the net result of the collaboration between Ubisoft and Nomadic was a 45-second and a 30-second commercial, it took 18 months to do.

Set in America for the first time, Far Cry 5 combines small-town archetypes with the combat intensity that the series is known for. Ubisoft Montreal set the location in a fictional Hope County in Montana to highlight the culture and danger of cults and militias. The title became the fastest-selling Far Cry in the franchise’s 14-year history when it debuted on March 27. In its first week, it generated $310 million in sales.

Ubisoft deserves the lion’s share of that credit, but Nomadic also helped. Nomadic is a strategic creative ad and marketing agency in Scottsdale, Arizona. It is 10 years old, and its longest standing relationships are with Disney and Ubisoft. It helped launch the Just Dance titles for Ubisoft, and it worked on marketing for Rainbow Six Siege. A team of five led most of the work at Nomadic, and dozens of people ultimately participated in the production.

Above: The Far Cry 5 ad juxtaposed boredom and excitement.

“Ubisoft drove the integrated strategy for everything,” said Tim Washburn, managing partner and creative director at Nomadic, in an interview with GamesBeat. “We tried to find the right angle for the title and the organizing idea for the marketing.”

The creative work centered on the idea of juxtaposing the serene with the deeply twisted world. Normally, games in the franchise are set in exotic locations like the Himalayas, and they feature crazy experiences. Far Cry 5 is an enormous open-world title with a long narrative that can entertain players for dozens of hours. To get players to consider undertaking such a big time commitment and gaming journey, Ubisoft had to entice them into the story about the fanatical doomsday cult, the Project at Eden’s Gate.

The 45-second spot from Nomadic highlights the game’s quiet, small-town setting where “nothing ever happens ‘round here” juxtaposed against action-packed backgrounds. That gives way to the tagline, “Anything can happen. Everything will.”

“Some of the most exciting American stories of all time have been set in small towns,” said Washburn. “There’s an inherent intrigue that seems to capture all of our imaginations, which we leveraged in the launch spot.”

Washburn said the parties wanted to bring attention to the fanatical brainwashing cult, the wild animals, car chases, plane dogfights, and gunfights. And it added humor through the townspeople who were oblivious to what was happening around them.

Ubisoft did the research on cults, adding a realism to the Eden’s Gate belief about the coming collapse of America. For instance, it hired cult expert Rick Alan Ross as an adviser on the cult experience. Then, it briefed Nomadic on the story, the available assets, and the background. 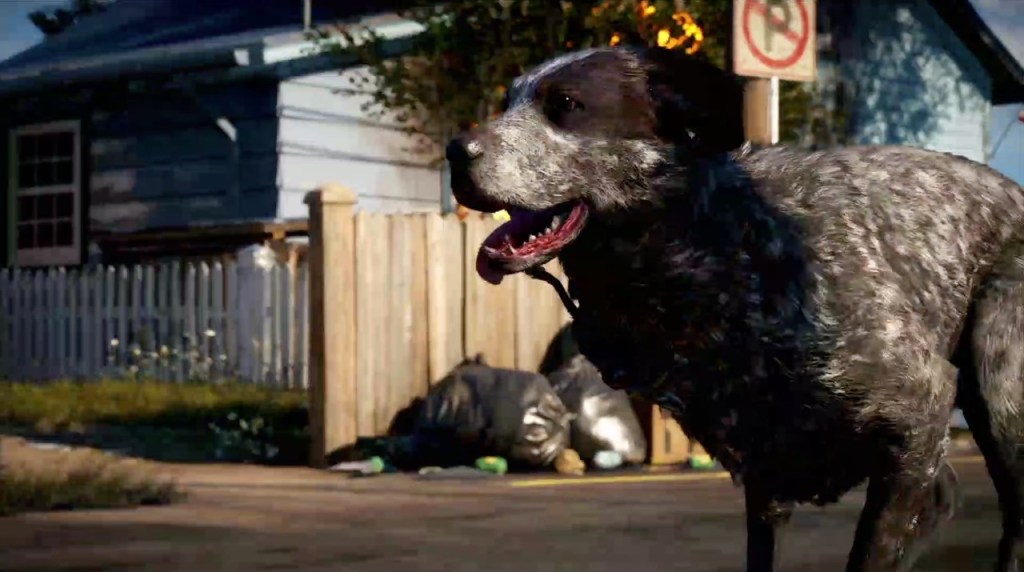 Above: Boomer is one of your allies in Far Cry 5.

He added, “We landed on that small town expression, ‘Nothing ever happens around here.’ It was a powerful statement, and it screams that something will happen. It’s what someone says before things go horribly wrong. We juxtapose that against what the gamer is going to experience.”

The idea had its roots in small-town horror films or crime dramas like Fargo, where there’s a hint of what can happen.

The purpose of the TV commercial was to tease the game and set expectations for fans. It was considered the marketing instrument, or spearhead, that could create the broadest appeal for the game and draw in as big an audience as possible.

“We didn’t want it to be ha-ha funny — like a big joke — as the Far Cry brand isn’t about funny games,” Washburn said. “But it does provide subtle, dark, and humorous experiences. It was a commitment that the game would create intrigue.”

The idea tested well, and it drew a lot of positive comments in social media. 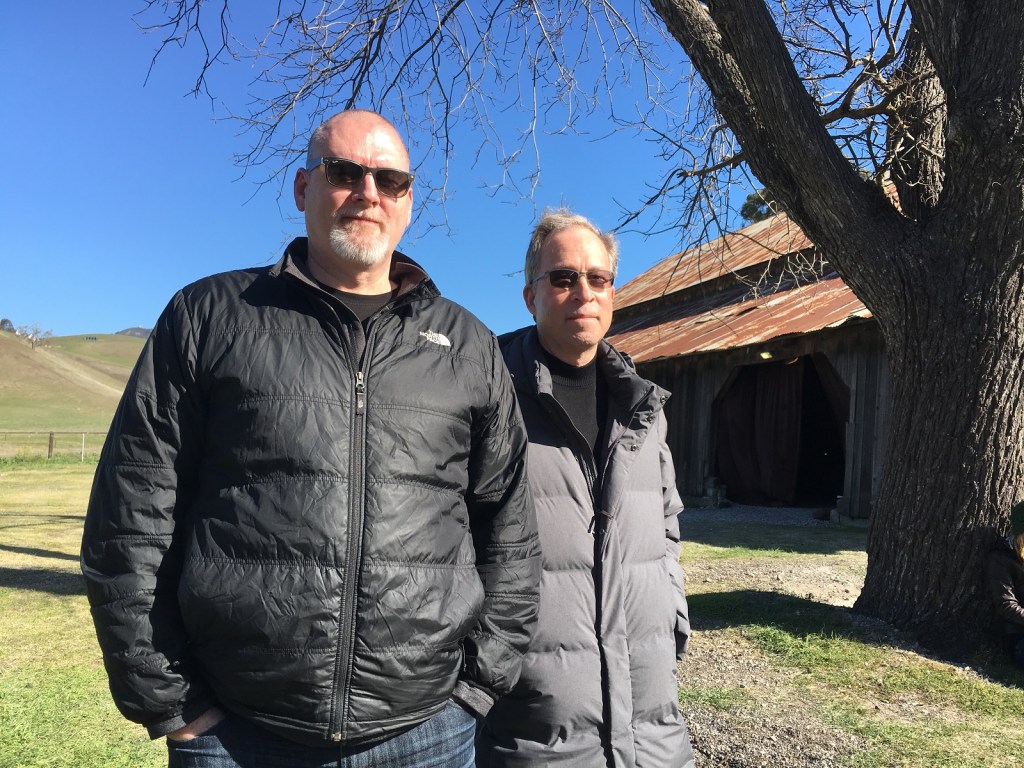 Above: Far Cry 5 creative director Dan Hay (left) and cult adviser Rick Alan Ross might be wearing heavy coats, but I’m the one that’s shivering after our chat about these destructive, fanatical groups.

“People responded well to the joke,” Washburn said. “We wanted to connect at a broader and more emotional level. What’s essential in games marketing is to provide the gamer with visual cues about what the experience is about and how it is different from other games.”

“The launch spot did a great job of showcasing that anything can happen as players explore Hope County in Far Cry 5,” said Ann Hamilton, director of marketing at Ubisoft. “I saw an in-game clip where someone had the best intentions of quietly exploring only to be attacked by a bear who was accidentally lit on fire.”

The notion of an integrated campaign across TV, other media, and online distribution also made sense.

“The media landscape has gotten so complicated, and pulling together integrated fans is a big focus,” Washburn said.