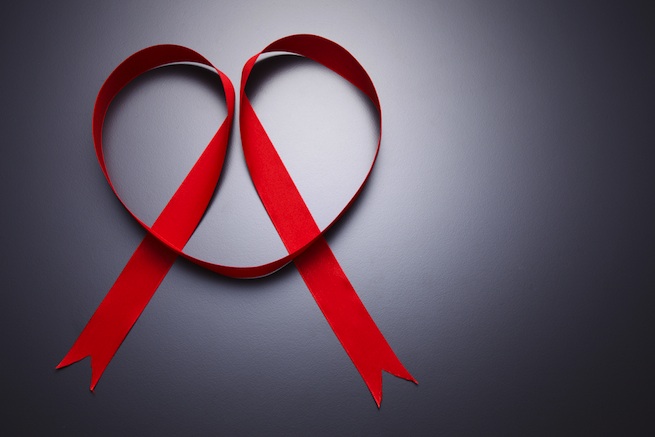 With piles of beautifully wrapped presents under the Christmas tree, we can’t help but feel grateful for everything we have. This desire to give back translates into an army of willing volunteers at food banks and homeless shelters, which usually dissipates by New Year’s Day.

How do we keep up the spirit of giving all year round? Here are three ideas from the tech community to turn you into a change-making habitual philanthropist. 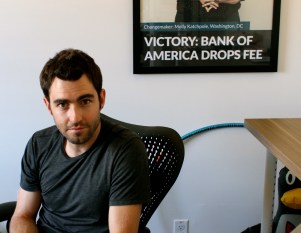 Why not start a grassroots campaign?

Company: Change.org
What is it? An online petitioning site.
Membership: 25 million users; the company is growing at a rate of 2 million new members a month.
Who’s it for? Ordinary people who want to start hyper-local movements against corporations or interest groups. “If you want to win battles, you do it locally,” Change.org CEO Ben Rattray (pictured, above) told VentureBeat.
How does it work? Petitions are nothing new, but marrying them with social media and focusing them in a hyper-local way — that’s where things start to get interesting. Simply launch a petition on Change.org, share it with your social networks, and watch it take off. The startup has a support team that will help you mobilize and put pressure on your target.
Greatest success story: Don’t believe you can take on the big banks? Twenty-two-year-old nanny Molly Katchpole launched an online petition on Change.org to put pressure on Bank of America to drop its new $5 monthly debit card fee. It was signed by 300,000 people. Victory was affirmed in November 2011.
What is the secret sauce? The company has a charismatic CEO in the form of Rattray (pictured, above), who believes that technology can arm ordinary people to start revolutions. In a recent interview at his San Francisco headquarters, Rattray said that people are apathetic because they learn over time that their opinion or vote doesn’t matter. Inspired by examples of successful campaigns launched on blogs, Facebook and Twitter or sites like Change.org, they are recognizing that they can make a difference. “As the platform gets bigger, people in power know who we are,” said Rattray. “They recognize the potential power of viral campaigns.” 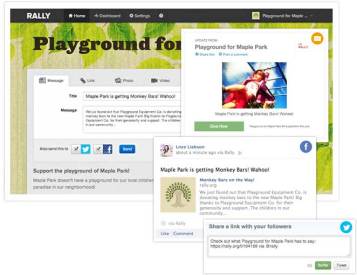 Why not raise money for a charitable cause?

Company: Rally.org
What is it? A platform that helps people to rally around and raise money for causes they believe in.
Who’s it for? A rebel with a cause.
How does it work? Create a fundraising page on Rally.org in a matter of minutes, and start accepting donations. Add your extended social network to your support list, and reach out to them on Facebook and Twitter. If your fundraising takes off, you can access a dashboard to analyze what’s working and view a list of your greatest supporters.
Membership: Approximately 1.5 million users.
Greatest success story?  A member recently raised $20,000 to help save a Minnesota church from foreclosure.
What is the secret sauce? Its all-star network of supporters. Rally.org has successfully rallied celebrities like Bon Jovi and Silicon Valley’s venture capital community. When Digg.com founder Kevin Rose joined Google Ventures, Rally.org was his first investment. It was further propelled into the spotlight when the Romney campaign chose it as its fundraising platform. “We’re increasingly seeing artists, brands and large corporations being very vocal and open about leveraging their celebrity and brand to benefit causes,” said Nick Warshaw, Rally.org’s business development lead in a recent interview with VentureBeat. 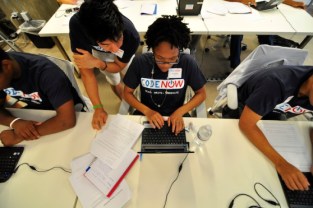 Why not offer an internship to a teen programmer?

Organization: CodeNow
What is it? A nonprofit that encourages high school students from inner city neighborhoods to pick up computer programming.
Who’s it for? Developers with a few hours to spare on an occasional evening who would be willing to teach; tech startups that can offer an internship to teen graduates of the program; kids from want to learn foundational skills in computer programming through free extra curricular off campus training.
How does it work? Teens reeceive netbook computers when they enter the program and sign up for 45 hours of programming training after school and during the summer or winter break. Once they complete the program, some of the graduates land internships at tech startups like LivingSocial.
Membership: The program has about 50 alumni. It started in Washington, D.C., but it recently expanded to San Francisco.
Greatest success story? Wilfred, a teen from a rough neighborhood in Washington D.C., who was ready to hand out handwritten business cards with the title “future engineer” in a few months. A natural at the programming language Ruby on Rails, he is now teaching the new recruits.
What is the secret sauce? Its close ties to the tech community. In attendance at the recent launch event in San Francisco were venture capitalists, entrepreneurs, and other high-profile techies like Jonathan Abrams, founder of Friendster, and Roy Bahat, chairman of Ouya. The organization’s emphasis on diversity is both impressive and unique — about 40 percent of the program’s graduates are girls.