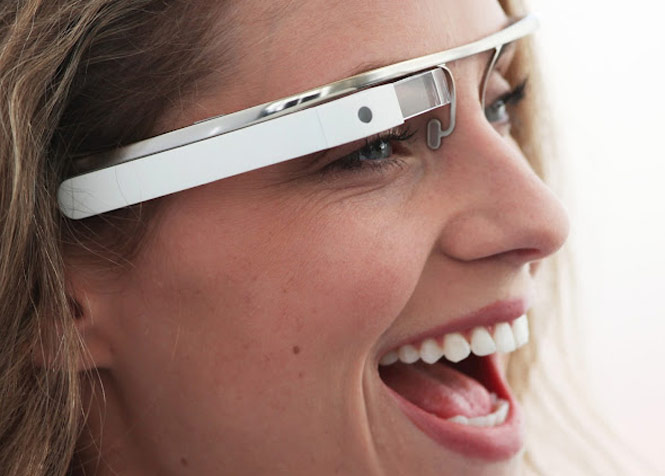 Just days after Google demoed wearable computing platform Project Glass by spectacularly skydiving from a blimp and biking and rappelling down a building, Olympus has hastily announced an “ultra-compact wearable display prototype.”

Olympus’ model, however, is not much more than a display … a wearable LCD screen that requires a connection to a smartphone.

But that’s not its biggest problem. Which would you wear? 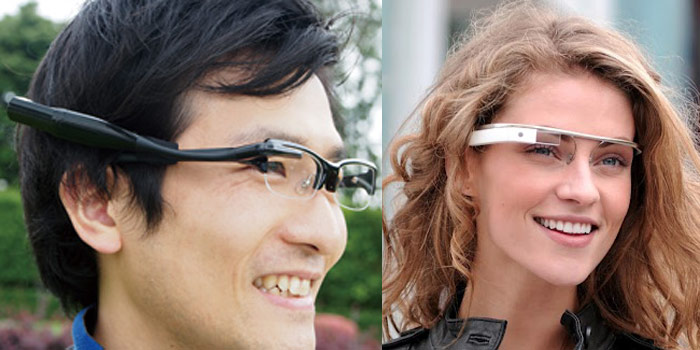 The Olympus model is bulky and oddly bulbous. The Google model is sleek, stylish. It’s like putting an Apple product against a GE MP3 player: not a contest. In fact, not even close.

Of course, that’s Olympus president Hiroyuki Sasa wearing the prototype, and he’s no model. Our guess on the Project Glass model? She’s no Google employee.

But a display-only product that requires a Bluetooth connection to actually do anything also compares poorly to Project Glass, which has an integral CPU and memory built right into the glasses. The Olympus model does have an acceleration sensor, and seems to be usable with GPS, according to the company’s released information, but no camera, and certainly not as much intelligence as Google appears to have built into Glass.

And for a device that’s intended to be worn on users’ faces, style and fashion are not just nice-to-haves. They are purchasing factors of paramount importance.

It must be said that Olympus didn’t, of course, rush a prototype into the market in two weeks. They have been working on prototypes for at least seven years, as the Verge notes. But the timing of this July 5 announcement (Japanese/Google Translate version) seems a little transparent: The company wants to cash in on some of the new wearable computing cachet.

All fine and good.

But after seven years, you’d hope the company would be able to come out with a better prototype than this.