The money comes from Andurance Ventures and Azom Partners, and it is in addition to the company’s previous $11.4 million in Kickstarter crowdfunding from August 2018.

Paris-based Novaquark will use the money to support the development of Novaquark’s ambitious MMO, Dual Universe. In contrast to the prevailing industry stance, Novaquark empowers players to create the content and the stories that populate Dual Universe’s digital world. 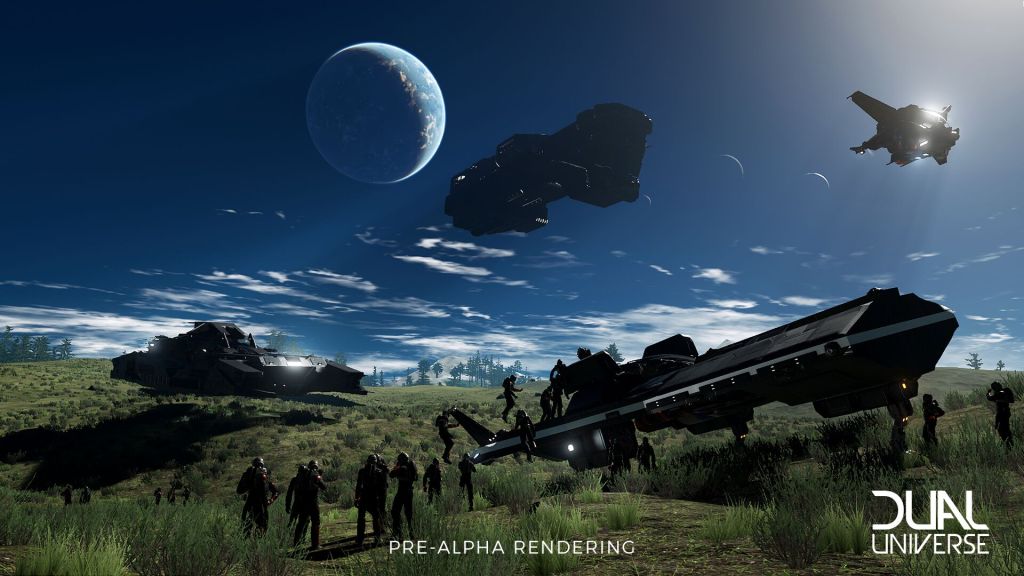 Above: Novaquark’s Dual Universe is in its alpha state.

Dual Universe will be vast sci-fi world where everything is editable, and where sprawling cities, lunar outposts, space colonies, and giant space stations are entirely built by the players. The game is set to realize an old dream and deliver on the promise of an alternate virtual life, in which players all share the same world and engage in trade, warfare, exploration and social activities without being constrained by the narrative designed by the game makers.

Novaquark’s proprietary Continuous Single-Shard server technology is core to the promise of a shared digital world, hosting an unprecedented number of individuals at the same time. With its recently successful tech demonstration involving an industry record of 30,000 simulated players on the same planet, the company continues to demonstrate its ability to realize the vision behind Dual Universe. 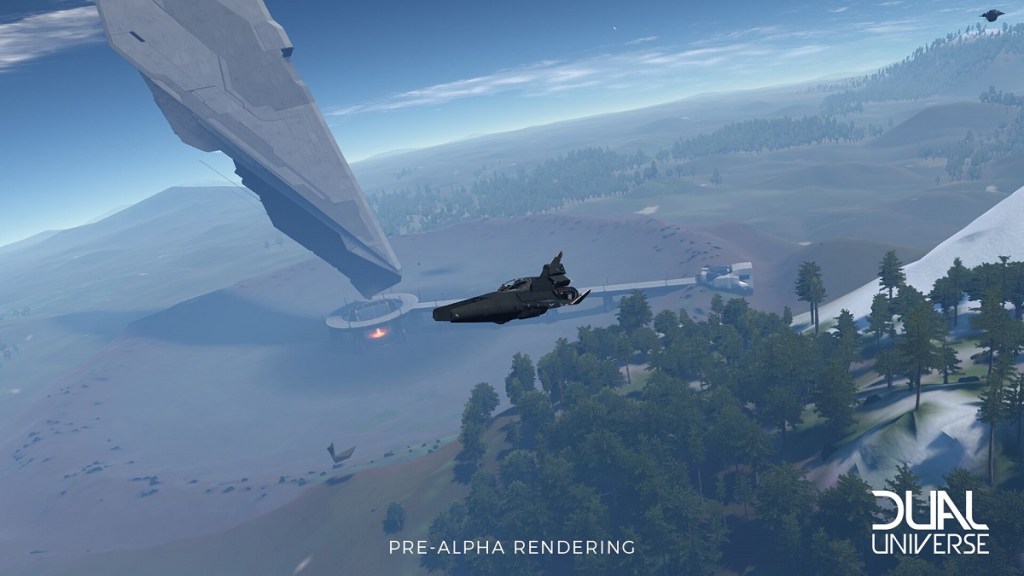 The company said that today’s fundraising announcement highlights investors’ continued support for Novaquark’s vision to disrupt the entertainment industry, and confidence in its capacity to fulfil that vision. In order to maintain its momentum, Novaquark intends to bolster its presence in Canada by hiring at its newly created Montréal studio, becoming a part of one of the most acclaimed game development communities in the world.

“Dual Universe is more than just a game, it’s a metaverse: an alternative world where millions of individuals can reinvent themselves and build a new virtual society”, says Jean-Christophe Baillie, founder of Novaquark and creative director of Dual Universe, in a statement. “As we continue to constantly exceed our ambitions, we are proud to share that vision with our investors, whose unwavering support will allow us to further accelerate the growth of Novaquark.”

Dual Universe is available now in its Alpha 1 phase, with Alpha 2 slated to arrive mid 2019. The beta and final release are planned for 2020. Novaquark is composed of veterans from Sony, Apple, Epic Games, and Bioware.