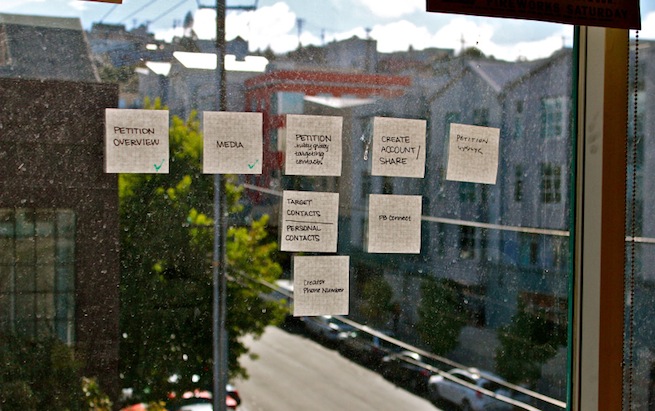 A growing crop of Silicon Valley startups are finding ways to make money and make a positive impact.

Change.org is one of the most successful examples. The company generates revenues through its cause-based ad model (last year it brought in about $15 million), and is arming ordinary people to strike out against perceived injustice. “If you show them that their voice matters, you can radically change behavior,” founder and CEO Ben Rattray said in a recent interview. 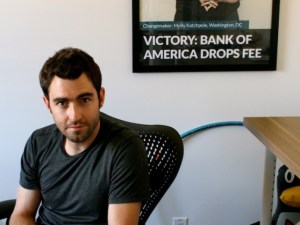 After months of testing, Change.org is ready to launch a new revenue model that is geared to consumers, not organizations.

If you’re perusing the site and come across a cause that is particularly close to your heart — anything from a plea to Verizon to nix contracts or a campaign against Twitter to ban “thinspiration” hashtags — you can pay to promote the petition.

“This is what our users wanted,” said Jennifer Dulski, Change.org president and COO in an email interview. Dulski said the team is consistently asked how supporters and petition-creators can promote their campaigns to more people.

Organizations already have the ability to sponsor petitions, which is the primary way that Change.org makes its money. It’s not disimilar to how Facebook asks brands to pay to promote posts on the company page.

San Francisco-based Change.org has grown to 35 million registered users around the world, and its petitions often garner thousands of signatures. Generally speaking, the more signatures a petition receives, the more likely it is to catch the attention of the press and/or key decision-makers.

Related: Change.org CEO Rattray will speak at HealthBeat, our San Francisco-based conference on May 20 & 21, on the topic of consumer-driven health care reform.

By targeting consumers, the team expects to pull in steady revenues in smaller dollar amounts. Contributions are capped at $1,000 per user per petition, but beta tests found that 98 percent of contributions were under $100. During the test period, a total of 5800 people contributed to promoted petitions.

Change.org’s ad-based business model has been critiqued in the press. Clay Johnson, author of “The Information Diet” told the Wall Street Journal he has “huge problems” with the site as it is a “lead-generation business disguised as a social-change organization for whoever is willing to pay them for the email addresses.”

But Change.org is proud of its B-corp status; Rattray recently told me that unlike most non-profits, the company can afford to hire the best talent.

Has Change.org crossed the line between change-making and profit-making? Leave feedback in the comment section below.