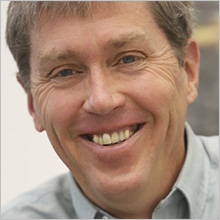 Above: Jeff Hawkins of Numenta

Hawkins: There are two worlds here. There’s the academic world and the business world. On the academic side, there’s a set of benchmarks that everyone likes to go and test against. People spend literally years trying to get a tenth of a percent better performance over someone else’s algorithm. But very few of these things are practical. They’re academic exercises. They help progress the field somewhat. But we weren’t interested in doing that.

We’re interested in solving problems where we can say, “No one’s done this before. We’re doing a great job at it.” People haven’t done this before because they don’t know how. They’re problems they don’t have any algorithms for it. So from a business point of view, we took that approach.

VB: What applications came as surprises to you in the last year or so?

Dubinsky: It’s been fun to find applications where we can demonstrate the utility. We did the first one on AWS. The other ones we showed at the open house were all things we’re excited about, though. The internal intrusion is very similar to AWS, but using different data streams. That’s very interesting to us, as a way to demonstrate that this algorithm is data-agnostic. It’s not especially tuned for IT services. It could be anything. It could be monitoring your shopping cart on the internet. It could be monitoring the energy use in a building. It’s anything that’s a stream of flowing data.

The one that I’m excited about is the geo-spatial one, the idea of putting 2D and 3D data into the algorithm, finding patterns and making predictions. It’s about thinking about objects moving in the world. You know when they’re moving in unusual ways or ordinary ways. They can learn these ways, as opposed to having them programmed in. You think about trucking fleets going every which way. Instead of programmers with programs determining what is and isn’t normal as they go from point A to point B and where you set a threshold alert, you would just have the GPS data fed into this, and it would automatically figure that out for every individual truck. There’s so much continuity in what you can do with it in a geo-spatial sense.

Text is another area I’m excited about. We’re doing some really interesting work with another group on figuring out how to feed text into these algorithms and find semantic meaning in text.

VB: What else do you envision about the future here? 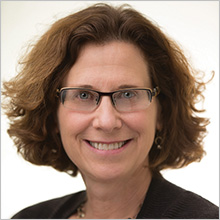 Dubinsky: We’re just excited about being able to show stuff that works and has interesting results. We feel like what we’re doing is pretty neat. Not many people can do the degree of error-finding and anomaly detection that we’re doing. We think it has broad applicability. We’re looking forward to the next couple years as we prove that out.

VB: To sum up, it sounds like you’re very optimistic about where things are now.

Hawkins: Absolutely. I’m thrilled. This is a very difficult problem and we’re making amazingly good progress at it.

One of the biggest challenges we have is convincing computer scientists that understanding how the brain works is important. For many people, the prevailing attitude is, “I don’t know about brains. Why do I need to study brains?” The classic thing I hear is, “Planes don’t flap their wings. Why do intelligent machines have to be based on brain principles?” To which I reply, “Planes work on the principle of flight. That’s important. Propulsion is not the principle of flight.” Thinking and learning, you have to understand how brains do that before you say you don’t need to know about it. We have decades and decades of people making very little progress in machine learning toward where we want to be, which suggests that we really do need to study the brain.

So one of my biggest challenges is just getting this conversation about machine intelligence and machine learning toward how we can understand how brains work. One way to do that, of course, is to build applications that are successful. It’s growing. More and more people recognize this. But it’s still a challenge.

VB: What would you say keeps you going?

Hawkins: I can’t think of anything in the world more interesting than understanding our own brains. We have to understand our brains if we’re ever going to progress, explore the universe, figure out all the mysteries of science. I think there can be tremendous societal benefit in machines that learn, as much societal benefit as computers have had over the last 70 years. I feel a sense of historical obligation, almost. This is important. How could I not do it?