Nvidia announced yesterday it was launching an open beta for the Omniverse, a virtual environment the company describes as a “metaverse” for engineers.

The Omniverse is a virtual tool that allows engineers to collaborate. It was inspired by the science fiction concept of the metaverse, the universe of virtual worlds that are all interconnected, like in novels such as Snow Crash and Ready Player One. I asked Huang whether Nvidia was interested in creating the consumer version of the metaverse, and what technology would be needed to create it.

Huang said Nvidia’s view of the metaverse is threefold. He said that with the Omniverse, different companies will create a version of a virtual world that will be their “metaverse.”

“Adobe is a world. Autodesk is a world. When someone is working on their content, they’re in their world,” Huang said. “These worlds are going to get richer and richer, as these worlds that you’re creating in [3D animation software] Maya start feeling like you’re in virtual reality. And so, your work group will feel like you’re in a world. And what we would like to do is to connect all of those worlds together, for the various work groups, the various studios, and they can work on one giant world, one giant piece of content. … Separation between application and this concept called a world is going to become blurrier and blurrier.” 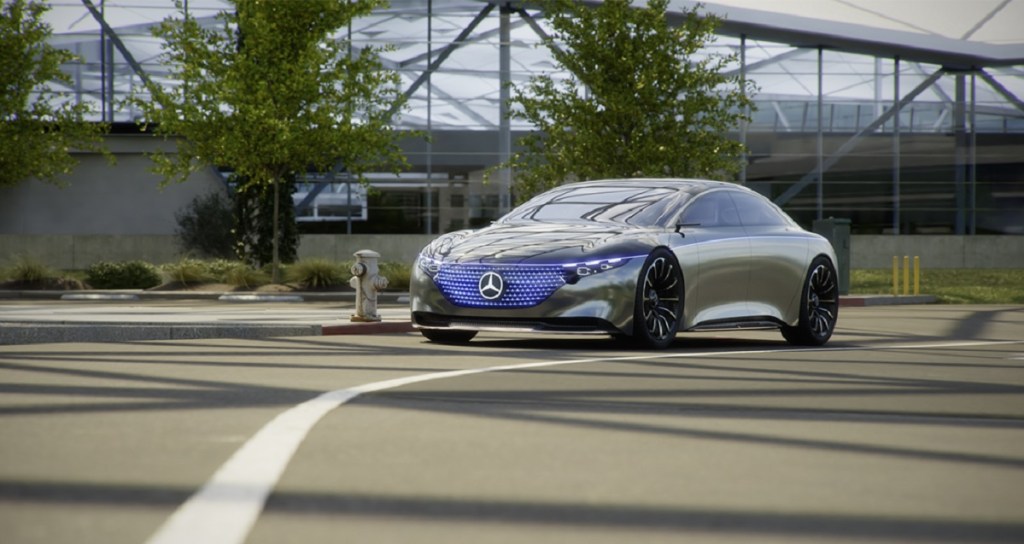 Above: Nvidia’s Omniverse can simulate a physically accurate car.

Huang envisions Nvidia as being a kind of neutral party that competes with no one, and therefore all of Nvidia’s ecosystem partners will plug into the worlds. “Potentially, this technology could be used to connect multiple consumer worlds together,” Huang said. “So we might be able to make a contribution. I would think we can help people connect models that are otherwise built from different engines of the real world.”

Asked how much computing power the Omniverse uses, Huang said it will be cloud native, using as much as it needs to at any given time. The tech demos, such as the marble images, so far have been running on Nvidia’s RTX graphics.

“That kind of gives you a sense of what you need,” he said. “However, I think that the vast majority of the users will use cloud native computing. So the Omniverse runs in any cloud with Nvidia [graphics processing units] GPUs. And it’s built for distributed multi-GPU environments from the ground up.”