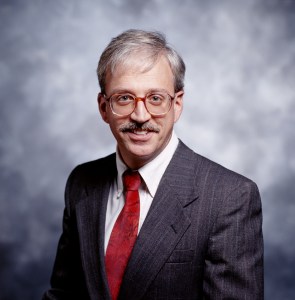 The hire is a big one for the graphics chip maker since Dally is a well-known computer graphics pioneer. He replaces David Kirk, who held the post for a long time and is now going to be an Nvidia Fellow.

The move is consistent with Nvidia’s decision to invest heavily in research and development even in the steep downturn. Jen-Hsun Huang, chief executive of Nvidia, said at a press dinner on Monday that the company has several major expansions of its research efforts under way.

Nvidia will continue to invest in PC graphics chips but it is also expanding its efforts in mobile computing and GPU computing, or using the graphics processing unit to perform non-graphics computing tasks. The latter area — dubbed stream processors — is one of Dally’s specialties.

Dally has been a professor of computer science at Stanford since 1997 and chairman of the department since 2005. He and his students developed many of the processing technologies that are in use in parallel supercomputers today. He co-founded the startups Velio Communications and Stream Processors.