More than 200 artificial intelligence startups applied to Nvidia’s Inception contest, which seeks to identify the best AI startups in key areas. The company created the program to find new uses for its graphics processing units (GPUs), but it’s also hoping these startups will change the world.

The company has identified more than 2,800 AI startups through Inception over the years. I listened to pitches from 12 finalists in a Shark Tank-styled judging event last week. Each contestant is competing to be one of three finalists to share the $1 million prize pool.

“We’re trying to enable our ecosystem of deep learning neural networks,” said Nvidia CEO Jensen Huang, as he introduced a panel of four judges. The 12 semi-finalists gave their eight-minute pitches, six finalists were selected, and the final winners will be picked at the company’s GPU Technology Conference on March 27 in San Jose, California. The pitches ranged from AI for bionic arms to faster, cheaper, and more accurate magnetic resonance imaging (MRI) scans.

“We need to bring technology into the health care system as fast as possible,” said Kimberly Powell, head of health care business at Nvidia. 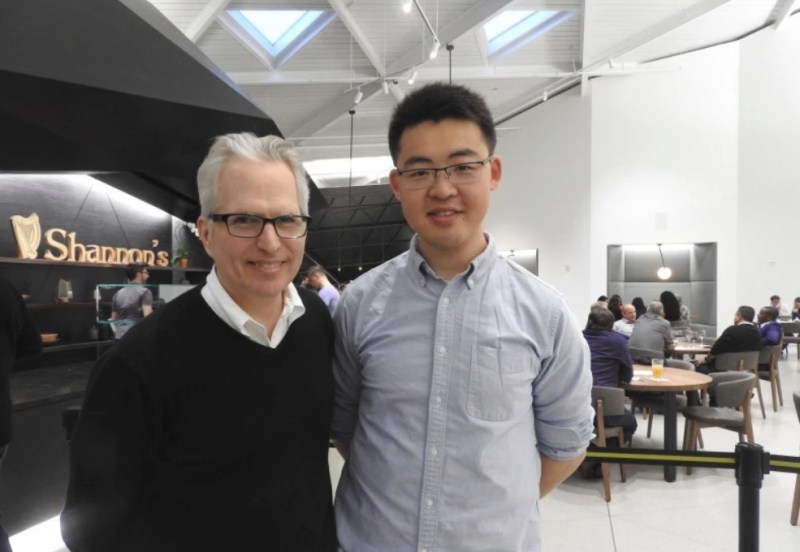 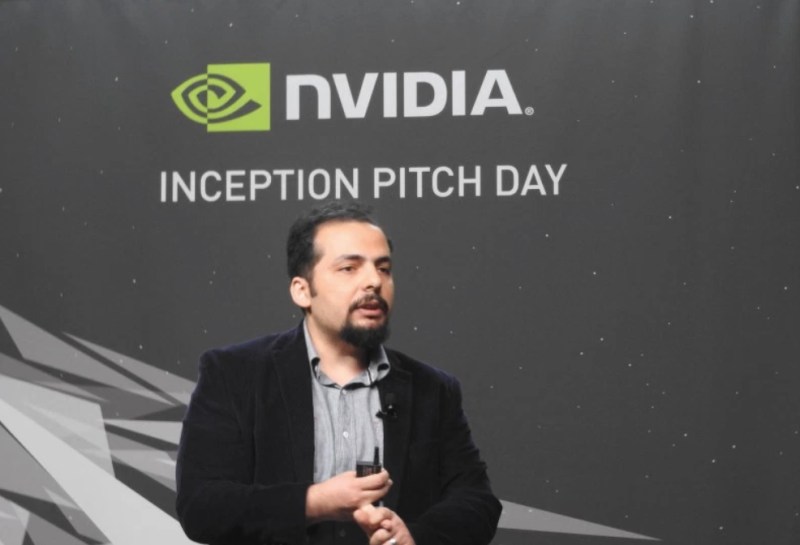 Above: Mehrzad Samadi, CEO of Parabricks.

Parabricks CEO Mehrzad Samadi wants to accelerate genomics processing. Genomics information can help doctors understand a patient’s family history, which could give the physician a better idea of the likelihood of someone getting a particular disease. It is part of a push to deliver precision medicine, or health care customized to each patient.

But it hasn’t been easy to do. Back in 2003, when the first human genome was sequenced, the process took 15 years and cost $2.7 billion. Now it can be done in about a day for about $1,000. But demand is going up, and Samadi predicts that companies will have to sequence up to 1 billion human genomes by 2026. Using current methods, that could cost about $20 billion.

“Genomics is moving really fast,” Samadi said. “We have learned to make it faster and cheaper, but the bottleneck has now moved [to another area].”

Each patient generates more than 300 gigabytes of data, and processing that with central processing units (CPUs) takes far too long. Parabricks can speed the process up and reduce costs of computation by 50 percent, Samadi said, significantly reducing the number of servers required, as well as the number of errors.

The company plans to sell its software with a yearly license on top of Nvidia hardware, or it can run a software-as-a-service in the cloud.

“Parabricks is disrupting the current genomics analysis market by delivering the results in minutes, rather than waiting for days,” Samadi said. “We do the computation in less than an hour using GPUs on premises or in the cloud.”

Parabricks was founded in Michigan in 2015. It has fewer than 15 employees and has raised $400,000 from the National Science Foundation, Invest Michigan, and Monroe-Brown. The company released its software last month, and testing at customer sites is happening now. 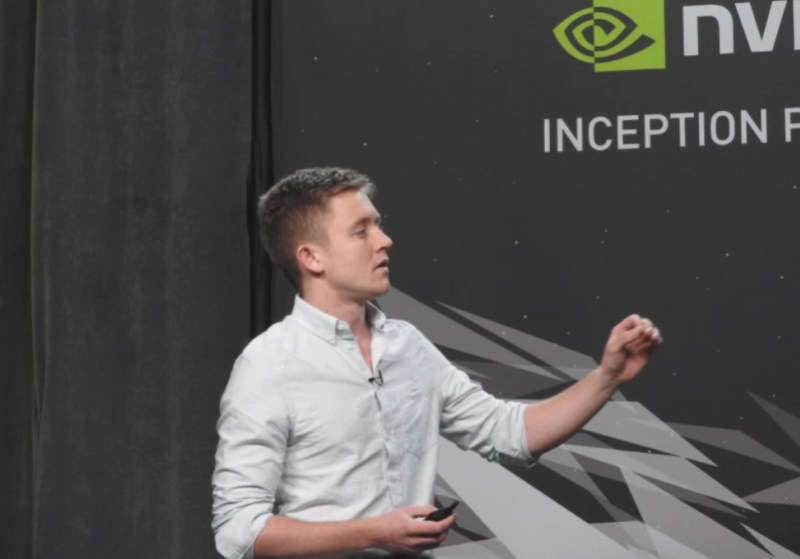 Phenomic AI is using artificial intelligence to combat cancer. In particular, it is examining the problem of chemotherapy resistance. About 8 million people die of cancer each year, and Phenomic AI founder Sam Cooper said that one in five people will die of cancer in the U.S. In the 90 percent of cases where patients die, chemotherapy resistance is to blame, he said.

Phenomic predicts which cells will survive chemotherapy and identifies compounds that selectively target these resistant cells. It will then develop the compounds and bring them to market. The prediction requires the use of cell imaging technology, which is where the AI comes in.

“We harvest data to see if cells will survive chemotherapy or not,” Cooper said. “In my PhD, I developed software to track live cells and extract data from them.”

Phenomic is looking at an example of a particular population of cells that are resistant to chemotherapy. Phenomic AI was founded in June 2017 in Canada. It has five employees and has raised $500,000 from undisclosed investors. 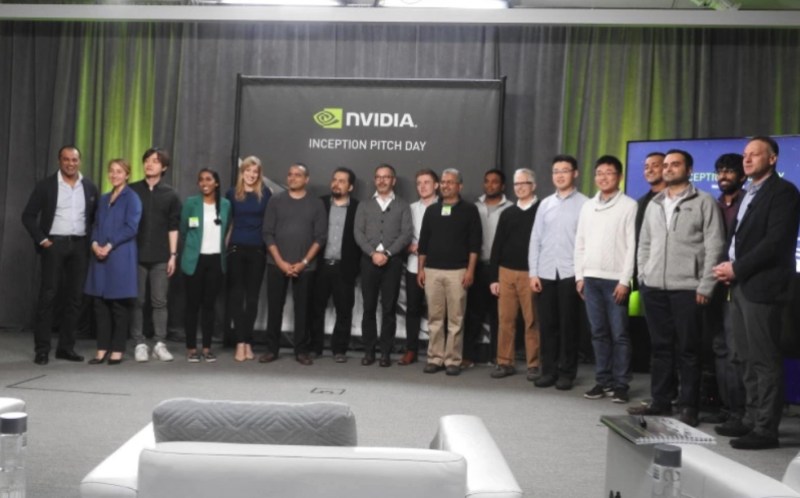 Above: All of the contestants in the Nvidia Inception 2018 contest.

The company is creating software that can monitor signals from the body happening tens of thousands of times per second. It tries to understand the “biological code” and make it interpretable for engineers and control systems, he said.

Hewage said the company is focusing on amputees now and working with surgeons to make sure that surgical implants, like an artificial arm, work properly after being attached. The company has created a neural network that recognizes the neural signals and tries to make sense of them, turning them into an interpretable neural code. Doctors can use that information to understand what happens as artificial limbs interact with the body.

“We are forging a path,” Hewage said. “We sit at the interface of biology’s messy internet and what you would like to do as a person.”

Hewage started studying the field for his doctorate about seven years ago. Cambridge Bio-Augmentation Systems was founded in May 2015 in the United Kingdom and has fewer than 15 employees. It has not disclosed its funding sources. I found this presentation to be the most fascinating of all.

Last year had 14 finalists who had raised $28 million from investors before the Inception event. A full year later, those 14 companies have raised $200 million. Huang said that Inception really turbocharged development for the startups.