Nvidia showed off some amazing demos of real-time ray tracing graphics on its Nvidia GeForce RTX 2060 graphics chip at its press event at CES 2019, the big tech trade show in Las Vegas this week.

It showed new demos from Electronic Arts on its Battlefield V and Anthem games, where reflections show up in the environment naturally, so you can see amazing effects like fire reflected on the surface of a car as a flamethrower is going off nearby. The Anthem trailer also showed cool shadows and lighting based on sunlight coming through complex scenes. 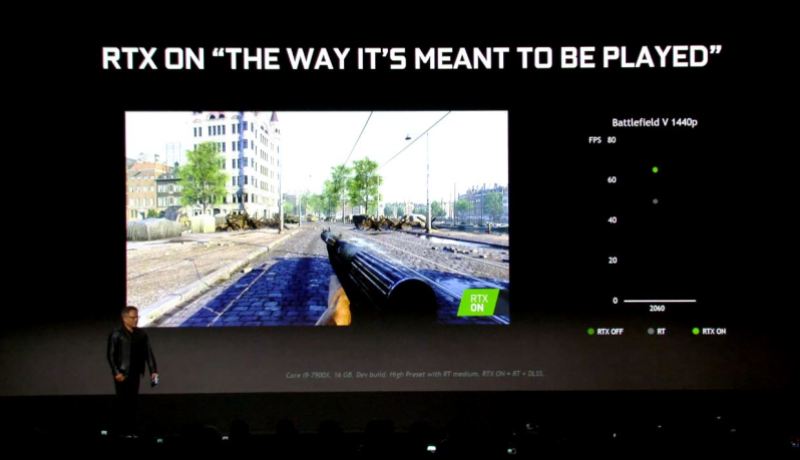 Jensen Huang, CEO of Nvidia, reveled in the demos. He also pointed out the cool graphics effects in a game coming from China called Justice. The scenery in ancient China looked amazing, as you could see a street market scene reflected in puddles of water on the ground.

The RTX 2060 is 60 percent faster on current titles than the prior-generation GTX 1060, NVIDIA’s most popular GPU, and beats the gameplay of the GeForce GTX 1070 Ti. Nvidia said more than 40 laptops are coming with RTX series graphics chips.

The real-time ray-tracing technology enables some incredibly realistic effects, like the reflections on a car in the recent Battlefield V video game from Electronic Arts. But not many games are taking advantage of it yet. 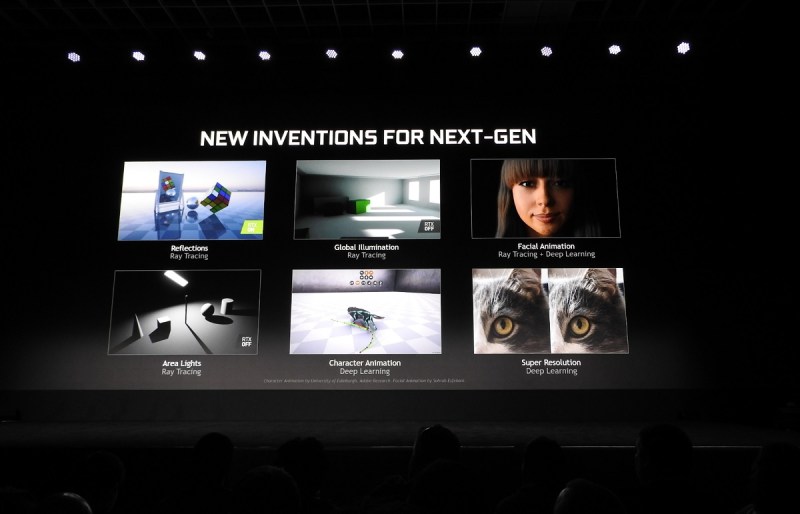