Huang will receive the honor from his peers at the Semiconductor Industry Association (SIA) annual awards dinner on November 18. The award is named after Intel cofounder Robert Noyce, who is credited with numerous pioneering achievements at the dawn of the chip industry. He was nicknamed the “mayor of Silicon Valley” and known for aphorisms like, “Don’t be encumbered by the past. Go out and do something wonderful.” Noyce passed away in 1990.

SIA president and CEO John Neuffer said in a statement that Huang’s extraordinary vision and tireless execution have greatly strengthened the chip industry, revolutionized computing, and advanced artificial intelligence. He said Huang’s accomplishments have fueled countless innovations — from gaming to scientific computing to self-driving cars — and he continues to advance technologies that will transform the industry and the world. 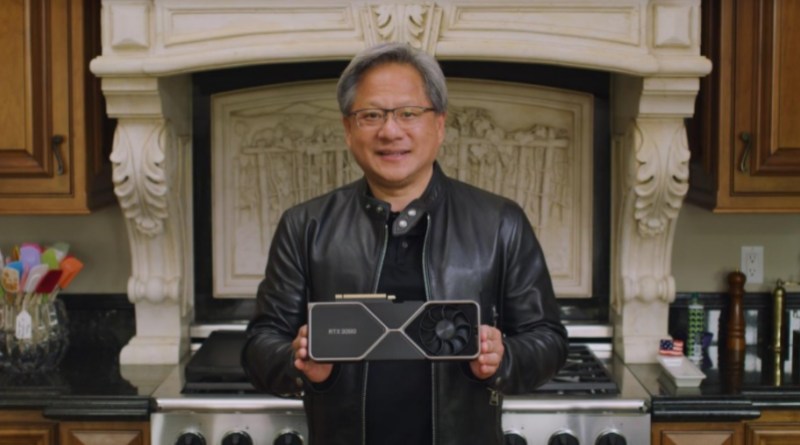 That relentless innovation has paid off. Nvidia is now worth $490 billion on the stock market and employs 20,000 people.

“I am honored to receive the 2021 Noyce Award and do so on behalf of my colleagues at Nvidia, whose body of work this award recognizes,” Huang said. “It has been the greatest joy and privilege to have grown up with the semiconductor and computer industries, two that so profoundly impact the world. As we enter the era of AI, robotics, digital biology, and the metaverse, we will see super-exponential technology advances. There’s never been a more exciting or important time to be in the semiconductor and computer industries.”

He recently received a distinguished lifetime achievement award by the Asian American Engineer of the Year from the Chinese Institute of Engineers (CIE) group. Huang pointed out he was “destined to be an engineer,” as his father was an engineer in Taiwan. His brothers were engineers, and his wife, Lori, whom he met as a sophomore at Oregon State University, is also an engineer.