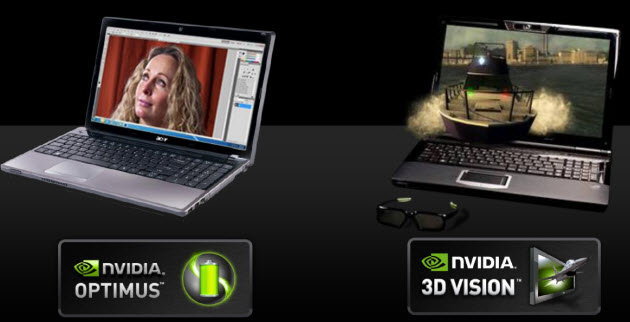 Nvidia is announced a new family of laptop graphics chips today that will balance good 3D performance and battery life. The new Nvidia GeForce 400M series of graphics chips will be used in a number of new notebook computers coming from major computer makers including Acer, Asus, Dell, Lenovo, Samsung and Toshiba.

Those computer makers will ship laptops with Nvidia’s Optimus technology, which is also known as “switchable graphics.” Many computers have dual capabilities when it comes to graphics. They have low-end graphics integrated into the chip set on a motherboard. They also have a discrete graphics chip that is more capable. Optimus enables a laptop to switch back and forth between the lesser graphics and the more powerful graphics, depending on what an application needs. The switching happens seamlessly in the background. 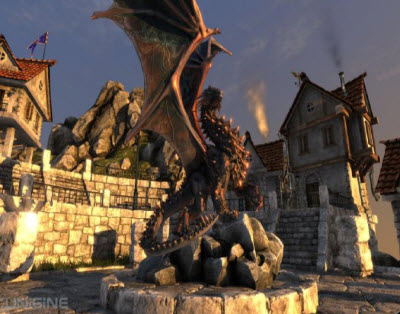 any of the computer makers will also ship stereoscopic 3D under the Nvidia 3D Vision brand in their new laptops. Altogether, Santa Clara, Calif.-based Nvidia is releasing seven new notebook graphics chips today. The GeForce GTX 470M and GTX 460M are for enthusiasts, while the rest are targeted at users who can get by with less performance. All of the GeForce 400M series chips support both Optimus and 3D Vision. Running cool games with graphics like the scene at the right are easy for machines with these chips.

The chips are all based on Nvidia’s Fermi architecture, which was released in desktop computers starting in March. The chips are 40 percent faster than previous GeForce 300M series chips. David Ragones, director of product marketing at Nvidia, said in an interview that the new chips will have lots of benefits for users: better game performance, faster web browsing, high-quality photos, and better high-definition video playback.

The chips will compete against integrated graphics chip sets from Intel. Nvidia says its chips are three times faster than Intel’s chips at doing tasks such as editing and sharing high-definition video. They are five times faster at retouching 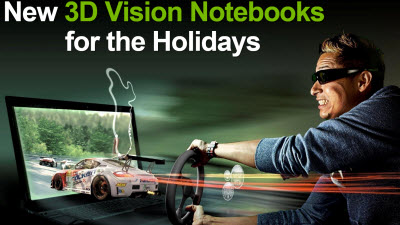 photos and 50 percent faster at browsing web photos. Games such as Starcraft II are unplayable on the Intel graphics, while they run fine on Nvidia Optimus-based notebooks.