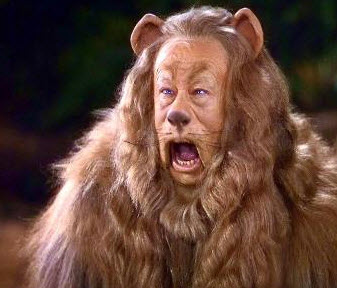 New York Times business columnist Joe Nocera blasted HP’s board for being cowardly in the firing of HP CEO Mark Hurd. He isn’t taking Hurd’s side in the allegations about sexual harassment and fudging expenses. Far from it.

Rather, Nocera says that the HP board disgraced itself once again by hiding behind expense fraud — a pretty common occurrence in corporate America — as a pretext for the firing a week ago. Nocera says the real reason HP’s board fired Hurd — or at least should have fired Hurd — was for being unpopular with employees and executives, and for being shortsighted when it comes to the deep investments in research and development that HP should have been doing.

In short, Hurd got great kudos from Wall Street for being a heartless cost cutter, but he was hated on Main Street for cutting corners on spending while paying himself $72 million in salary and bonuses over the past two years. CEOs ought to be fired for such behavior, but they rarely are. Yes, there is an anti-capitalist slant to Nocera’s column. His argument covers a lot of territory, but I agree with many of his points and think the HP board should consider all of this criticism as it hires its next CEO, which in the tech industry is like the naming of a new pope. 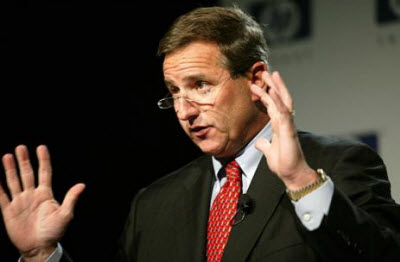 Nocera gives Hurd (pictured right, photo c/o CEO World) credit for turning HP around, growing revenues from $80 billion when he took over in 2005 to $115 billion in 2009, allowing HP to surpass IBM as the world’s biggest tech company. The stock price doubled under Hurd’s watch, while it languished under his predecessor, Carly Fiorina. Nocera, like many observers, credits Fiorina for her vision in buying Compaq, but faults her for her execution and praises Hurd for executing so well. He introduced brutal accountability, firing managers and executives who failed — something that caught up with him when he had his own mistakes in failing to disclose a “close personal relationship” with marketing contractor Jodie Fisher and falsifying expenses related to her employment by HP for its CEO Summit events.

HP’s board had plenty of reason not to trust Hurd. Citing the book “The Big Lie: Spying, Scandal and Ethical Collapse at Hewlett-Packard” by Anthony Bianco, he noted that Hurd played a deep role in the board spy scandal that got HP chairman Pattie Dunn fired, yet Hurd managed to escape the blame for his role in the witch hunt investigation. Nocera argues that the HP board should have realized from this prior scandal that Hurd could not be trusted.

Hurd also proved unpopular in employee surveys. In April, HP’s Voice of the Workplace survey showed that two-thirds of HP’s employees would quit tomorrow if they had found an equivalent job offer. He was profane in meetings.

HP hasn’t commented on Nocera’s column. But there have been plenty of others like it. Henry Blodget of Business Insider called Hurd a “thug,” and said he was nicknamed Mark Turd by former HP employees. That said, Fiorina, who was a very different kind of CEO, was also unpopular with employees. She felt that was justified in part because she was shaking up a stodgy culture that used The HP Way — the company’s gentle management style — as a “shield against change.” But Nocera doesn’t seem to be saying that HP should just be nice to its workers.

Rather, by cutting R&D from 9 percent of sales to 2 percent of sales, Hurd handicapped those employees. That was why, one observer quoted in the story said, HP didn’t have an answer ready as Apple launched both the iPhone and iPad. This argument — that Hurd didn’t do enough to make HP innovative as he sought short-term profits — rings true.

Nocera correctly identifies the core of the dilemma for HP’s CEO search committee. What HP needs is someone with vision like Fiorina, operational brilliance like Hurd, and the emotional intelligence and employee-friendly attitude of Lew Platt, who was the HP born and bred CEO who proceeded Fiorina. I agree that HP, which has 300,000 employees, needs someone at the top who can inspire workers to do great things via admiration, not fear. To me, that means HP needs to hire a CEO from within. Our running poll on this matter shows that 84 percent of readers believe that HP should hire an internal CEO. If HP’s board does that, it can shake its “cowards” label and redeem itself in the eyes of those who admire the HP Way as well as the company’s rich history of innovation.