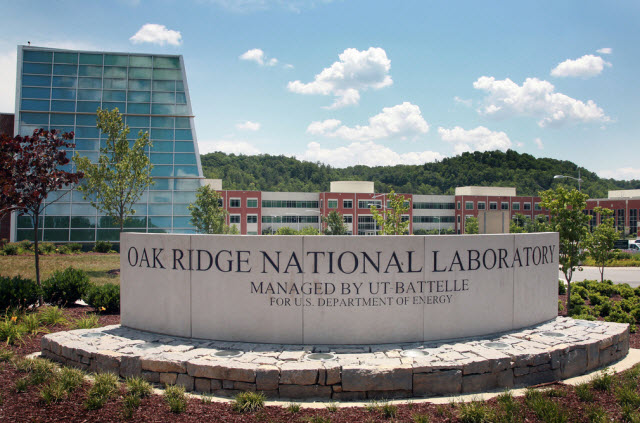 The Oak Ridge National Laboratory plans to create what could become the world’s most powerful supercomputer based on a Cray supercomputer with 18,000 microprocessors from Advanced Micro Devices and an equal number of Nvidia graphics chips.

The supercomputer will pave the way for “exascale computing” and will be known as Titan. It will use Tesla graphics processing units (GPUs) from Nvidia to deliver GPU computing, or parallel processing that uses the graphics chips for non-graphics processing tasks. The system will deliver over 20 petaflops of peak performance. That’s more than two times faster and more than three times more energy efficient than today’s fastest supercomputer, the K computer in Japan. The Titan system will probably be the world’s most powerful supercomputer upon its installation, according to the semiannual Top500, which ranks computers based on their peak performance.

Titan will let scientists use massive parallel computing power for research and discovery in a variety of fields, including material science, energy technology, medical research, geoscience, and others. It’s worth noting that microprocessor makers IBM and Intel lost out on the deal.

“All areas of science can benefit from this substantial increase in computing power, opening the doors for new discoveries that so far have been out of reach,” said Jeff Nichols, associate laboratory director for Computing and Computational Sciences at the lab in Oak Ridge, Tenn.

Titan will be used to research things such as more viable biofuels, cleaner burning engines, safer nuclear energy, and more efficient solar power. Steve Scott, chief technology officer of Tesla products at Nvidia, said that the Tesla GPUs will provide over 85 percent of the peak performance of Titan, showing that a supercomputer that runs on microprocessors alone is less efficient than one that runs on GPUs too.

The combination of microprocessor and GPUs together will help break through barriers of performance that Intel-based supercomputers have hit in recent times, due to concerns about cooling and overheating, according to Addison Snell, chief executive of Intersect360 Research.

In the first phase of the Titan deployment, Oak Ridge will upgrade its existing Jaguar supercomputer with 960 Tesla M2090 GPUs using Nvidia’s code-named Fermi designs. These GPUs will serve as companion processors to multi-core microprocessors in that Cray XK6 supercomputer. In the second phase, expected to begin in 2012, Oak Ridge plans to use up to 18,000 Tesla GPUs based on the next-generation architecture code-named Kepler.