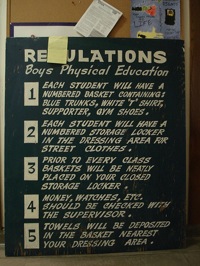 Venture capitalists may soon be facing more stringent reporting requirements, according to testimony from Treasury Secretary Timothy Geithner today about the Obama administration’s plans to overhaul the country’s financial regulations.

But many details still need to be filled in, and there will probably be plenty of debate and revision before anything actually becomes law. Geithner’s proposal would (for the first time) require hedge fund, private equity, and venture capital fund advisers to register with the Securities and Exchange Commission, and to regularly report information so agencies can assess “whether the fund or fund family is so large or highly leveraged that it poses a threat to financial stability.”

Emily Mendell, Vice President of Strategic Affairs at the National Venture Capital Association, says she’s still waiting for more details, such as the size of the funds that would be affected by these regulations. Similar proposals have been floated in Congress before, she adds, and venture capital is usually lumped in because it’s easier “to just put everyone together” than to draw a clear boundary between venture capital and other types of funds.

“We do have a big concern that this is the type of thing where venture capital gets swept up into regulation meant for other asset classes,” Mendell says. “The venture industry is just not that large, and we don’t have any leverage, and we don’t participate for the most part in the public markets. … The government wants VC firms investing in startups and innovation, so creating regulatory burden for those firm at this time doesn’t seem to make a lot of sense.”

Bill Gurley, a partner at Benchmark Capital, wrote a blog post that was even more critical of the proposal, describing it as “sweeping recommended legislation [that] will impose more undue costs and disclosures on entities that had absolutely nothing to do with the problem you are solving.”

Gurley also brings up a particularly troubling idea — that venture firms might have to provide specific metrics about the startups that they’re backing. This information would supposedly remain confidential, but I’m betting most entrepreneurs will be quite unhappy if this becomes a requirement. Is it a possibility? Mendell says the initial proposal is too vague to know one way or another.

The portion of Geithner’s statement that’s relevant to VCs is pretty short, by the way — venture capital itself is only mentioned once, in a parenthetical remark. Here’s the text:

Accordingly, we recommend that all advisers to hedge funds (and other private pools of capital, including private equity funds and venture capital funds) with assets under management over a certain threshold be required to register with the SEC. All such funds advised by an SEC-registered investment adviser should be subject to investor and counterparty disclosure requirements and regulatory reporting requirements. The regulatory reporting requirements for such funds should require reporting, on a confidential basis, information necessary to assess whether the fund or fund family is so large or highly leveraged that it poses a threat to financial stability. The SEC should share the reports that it receives from the funds with the entity responsible for oversight of systemically important firms, which would then determine whether any hedge funds could pose a systemic threat and should be subjected to the prudential standards outlined above.

The Obama administration previously ruffled some VC feathers with its plans to increase the tax on carried interest (the share of profits used to pay partners at firms) for hedge funds and venture firms.