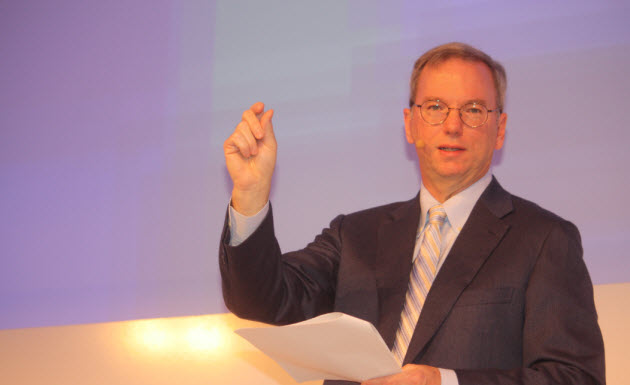 President Barack Obama may name Eric Schmidt, the outgoing CEO of Google, as the next Secretary of Commerce, according to a rumor picked up by Business Insider.

Google has declined comment. We’ve heard from one source that this rumor isn’t a good one. Schmidt’s name may get tossed around, but an announcement that this is going to happen in the next couple of weeks is not imminent.

Schmidt remains chairman of Google but is handing over the CEO job to Google co-founder Larry Page. Schmidt’s last day as CEO is April 4. If it happens, Silicon Valley will get its strongest ally in the President’s Cabinet. That could prove critical for a number of issues the tech industry cares about, from funding for basic research to immigration reform.

Schmidt was chief executive at Google for 10 years. A final decision is expected in the next couple of weeks. Outgoing Commerce Secretary Gary Locke has been nominated to serve as U.S. ambassador to China. One reason why this may not happen is that Schmidt is used to running on Silicon Valley time, whereas working for the government and its long decision-making cycles could be very frustrating.