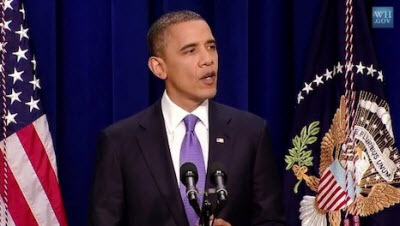 President Obama praised Apple chief executive Steve Jobs as an example of someone who has lived the American Dream and earned his wealth.

Responding to a question from CBS reporter Mark Knoller, who asked about the divide between the middle class and the wealthy, Obama said it was a fact that the top 1 percent or even a smaller slice of the population have a larger proportion of the income share than at any time since the 1920s. Then he added that everyone should “have a shot at the American Dream.”

He added, “That should be what we’re focused on. How are we creating opportunity for everybody? So that we celebrate wealth. We celebrate somebody like a Steve Jobs, who has created two or three different revolutionary products. We expect that person to be rich, and that’s a good thing. We want that incentive. That’s part of the free market.” 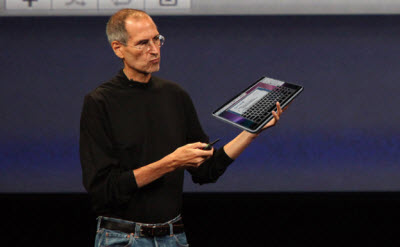 Obama actually met with Jobs in October to discuss the economy, innovation, technology and education. Jobs should realize that he has a historic opportunity to influence the President.

White House Press Secretary Robert Gibbs also said, “They discussed American competitiveness and education, especially reforms such as the president’s Race to the Top initiative. They then talked about energy independence and ways to increase job creation.”

There’s no question that Jobs has created a lot of jobs, since Apple’s ranks have swelled with the successes of the iPhone and iPad. Apple has also created returns for its shareholders. The subtext here is that Americans who don’t earn their wealth should be looked down upon.

Obama also brought up his conversation with 20 top CEOs on Dec. 16, when he met with likes of Eric Schmidt, CEO of Google, and Intel CEO Paul Otellini.

“All of us have to be in a conversation with the private sector about what’s going to ensure that we can export and sell our products instead of just buying exports from someplace else,” Obama said. “How do we make sure that the green technologies of the future are made here in America? And how do we get all these profits that companies have been making since the economy recovered into productive investment and hiring? That’s a conversation that I had with the 20 CEOs who came here, and that’s a conversation I expect to continue in the months ahead.”