A legendary computer scientist who broke more than a few glass ceilings for female programmers was tapped by President Obama for the National Medal of Technology and Innovation Friday.

Mary Shaw is an early pioneer of computer science. She has been a faculty member at Carnegie Mellon University since 1971. The school described Shaw as a leader in software research in large-scale software architecture. The medal is the highest technology award given by the president in the U.S. 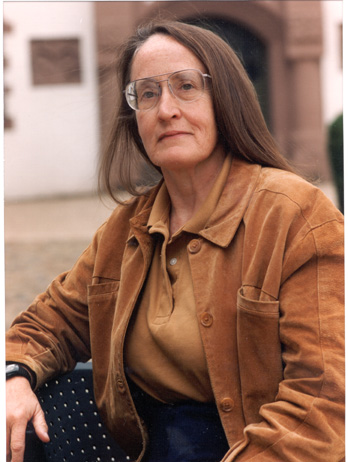 Carnegie Mellon’s president Subra Suresh said in a statement: “Building the reliable software systems that are the bedrock of commerce and communication today would not be possible without the engineering principles for large-scale software architecture pioneered by Mary and her colleagues at Carnegie Mellon.”

There were eight other recipients of the medal Friday. It is given to people, companies or teams for remarkable contributions to technology, economics, and the environment. It is a huge deal because the medal is a bona fide acknowledgement of serious skills.

Shaw and the other recipients will travel to the White House later this year for a formal ceremony.

Shaw is not the only CMU member to receive the award. Charles Geshke, who co-founded Adobe Systems and graduated from the school in 1973 with a Ph.D., is a previous recipient. Stephanie Kwolek, who founded the synthetic fiber known as Kevlar, also won it.

As for Shaw, she received her Ph.D. in computer science in 1972. She’s a faculty member at the school’s famed Institute for Software Research and also specializes in human-computer interaction.