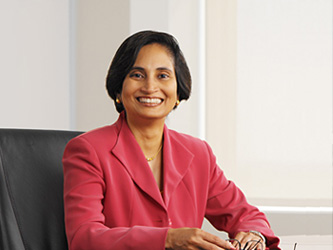 The tech industry has been closely watching the Obama administration’s search for a chief technology officer and it looks like the short list includes two tech veterans of Indian descent, according to BusinessWeek.

Padmasree Warrior, the CTO of networking giant Cisco, and Vivek Kundra, the CTO of the government of Washington, D.C., are the front runners. I interviewed Warrior when she was the chief technology officer at Motorola years ago. She has deep knowledge in cell phone technology and semiconductors. I considered her to be sharp, articulate and in command of the latest trends in technology. She lives in Chicago, Obama’s home turf. Among her favorite topics: how to bring traditional communications technologies such as mobile phones together with the Internet so they are a single, seamless network. 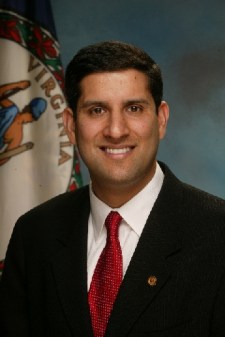 At Motorola, she was in charge of 4,600 researchers when she became CTO in 2003. She was promoted to executive vice president and then was in charge of 26,000 engineers and researchers. In December, 2007, she left Motorola to take the CTO job at Cisco. Warrior paved the way for women to be taken seriously in hardcore technology jobs. A chemical engineer born and raised in India, she got a master’s degree from Cornell University. She started at Motorola in 1984 as one of the few female engineers at the time.

BusinessWeek said the announcement of the final pick is expected within days. The administration has to work out how the CTO will interact with the federal government’s chief information officer, Karen Evans, and the unnamed cyber-security czar.

Kundra was also born in India. He was raised in Tanzania until his family moved to Maryland. He held a technology post in the state of Virginia and now runs a 600 person staff as the head of technology for the district. He was appointed to the post in March, 2007.

At first blush, Kundra clearly has more government experience while Warrior has more credibility with the technology community and a high profile career in hardcore technology. The choice seems pretty clear to me that Warrior has the better qualifications for a job that is supposed to rally the technology industry around the admininstration and help the nation make difficult choices about where to invest in technology. Here’s an article Warrior wrote for Gigaom and a Q&A with her here. Here’s a YouTube video of Kundra giving a speech.