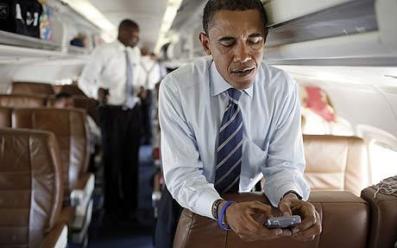 Now this is truly White House 2.0: President Obama will host his first Town Hall on Twitter next week on July 6th, the White House announced in a tweet this morning.

The White House has created a new twitter account, @townhall, that will serve as a central source of updates for the event. Twitter has also set up a special site for the event to promote the #AskObama hashtag, which will be the way for Twitter users to submit questions for the event. And as with all Twitter hashtags, you can also search it on the site to keep track of the conversation.

The Twitter Town Hall is the latest entry in Obama’s White House 2.0 initiative, which aims to make the White House more accessible via web services like Facebook and YouTube. It’s surprising that there hasn’t been a Town Hall event yet using Twitter, though the White House has asked for questions from the service for past events. In April, Obama held a similar Town Hall on Facebook.

The news also coincides with the announcement last week that Obama has begun tweeting from his own account, @BarackObama. As his presidential campaign gears up again for 2012, I suspect we’ll be seeing even more online outreach from Obama as he strives to recapture the youth vote that helped him win the White House in 2008.