Oblong Industries is giving us a little taste of the future with Rumpus, a visual collaboration tool for virtual teams on the Mac. It lets everyone share their screens at once or point at something at the same time, even if they aren’t in the same room.

Oblong CEO John Underkoffler is best known as the science adviser for the landmark sci-fi film Minority Report, where actor Tom Cruise uses “data gloves” and gesture controls to manipulate a transparent computer. As the CEO of Oblong Industries, he has been trying to bring that vision to life. And now he’s ready to rumpus.

Rumpus is a way for purely virtual teams to share multiple screens of content simultaneously. It makes web conferencing rich in both content and context; provides simultaneous access to shared screens from meeting participants; and delivers a new layer of communication with shared cursors, annotation, and emojis for signaling sentiment. 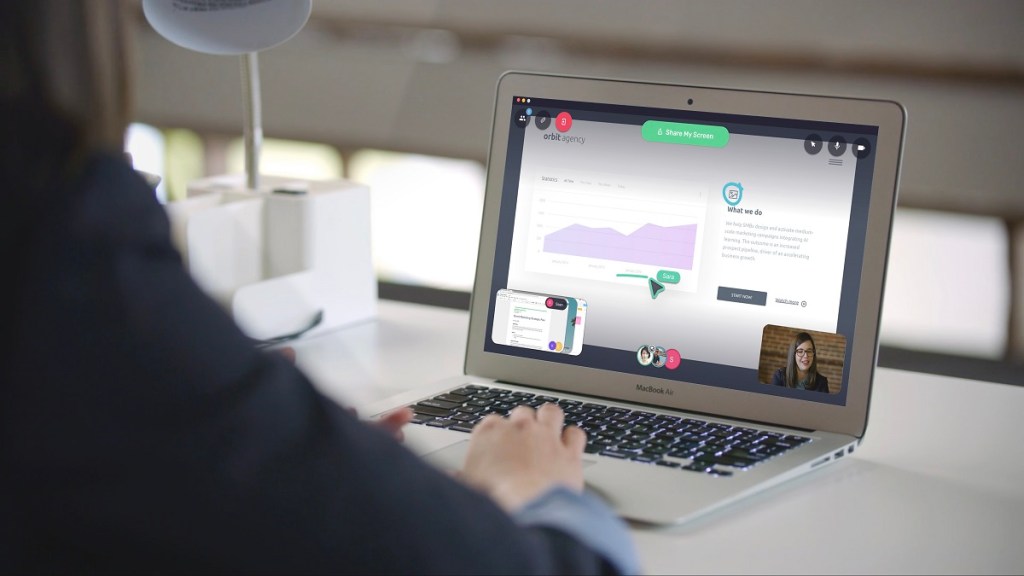 Above: You can use Rumpus in the loft.

Underkoffler founded the company in 2006 and launched the Mezzanine software for interacting with screens via gestures for enterprise collaborators in 2012. I visited Oblong’s warehouses in downtown Los Angeles in May 2017. There, I saw huge video walls, curved to immerse the user inside a visual experience. You could really see data and the connections between objects in a visual way. He showed me you could grab an image and seamlessly toss it from a computer screen to a big video wall. IBM subsequently used those screens in its “immersion rooms,” which give people a 300-degree view of a giant video wall. (Our GamesBeat Summit 2019 event will hold a session in front of a video wall at Oblong’s office in downtown Los Angeles.) 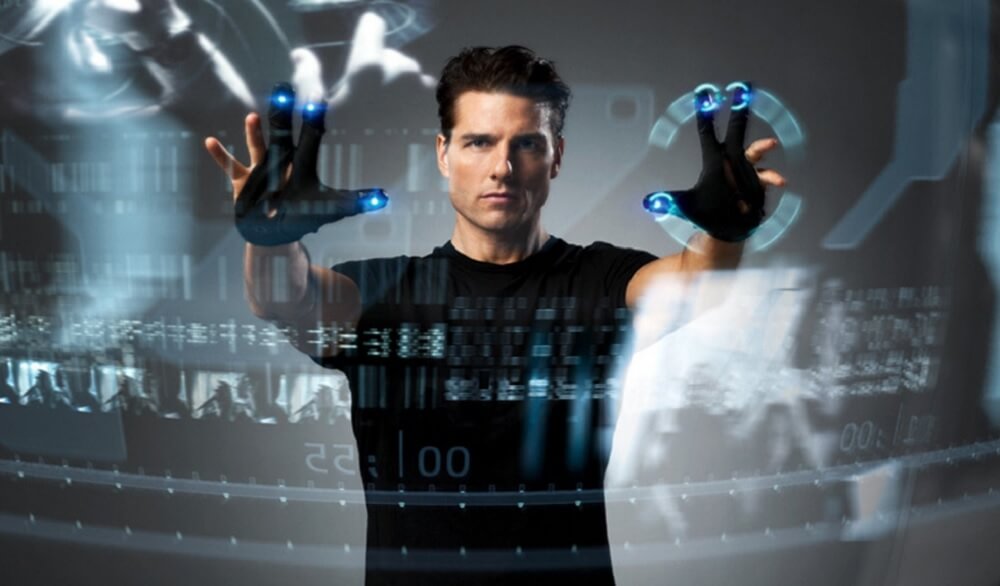 This means that when given the opportunity to share content concurrently, people generally will. Rumpus will allow remote workers to make multiple streams of visual material easily and concurrently accessible.

“The way people communicate and collaborate is evolving,” said Ira Weinstein, analyst at Recon Research, in a statement. “Traditionally, a collaboration session involved a group of people in the same location viewing a single piece of content. An advanced session allowed remote participants to see the same content item. Today, however, many organizations are looking for a more dynamic and agile experience that allows multiple people to contribute content simultaneously from various devices and locations. Rumpus helps address these next-gen expectations.” 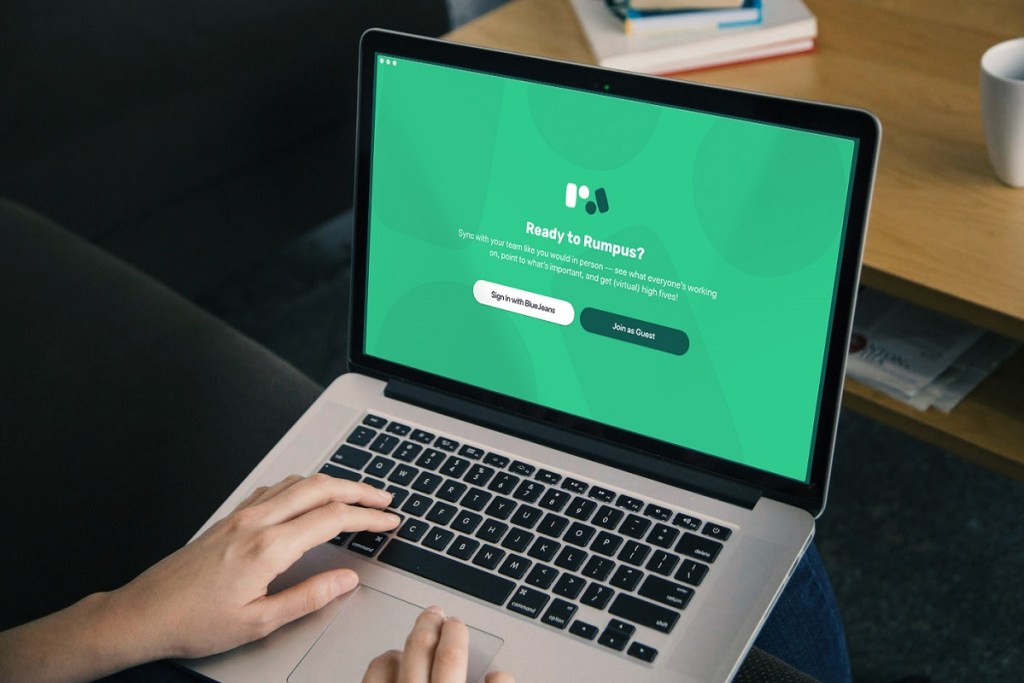 Above: You can use Rumpus on the couch.

The idea is to bring focus to meetings, bounce ideas around, and get team members to share their screens at the same time so all the content needed for a meeting is readily available. Users can browse additional material or switch presenters, with no sharing permissions required so everyone can contribute to the meeting and not worry about interrupting it.

You can show what’s important to you by using your cursor to mark a certain spot on a presenter’s screen. (It’s a lot like the non-verbal communication in the game Apex Legends, where you can double-click on a spot on the screen where you see a distant enemy, alerting your squad mates). Everyone gets a “personal cursor” to indicate what they are viewing.

And to further support remote workers Rumpus offers emojis, the language of the social web, to help “remoters” feel more connected and engaged.

“Rumpus is a really exciting new product release for us because in a way it completes the story,” said Underkoffler in an interview with VentureBeat. “It completes one of the biggest stories we’ve been working on since the beginning.” 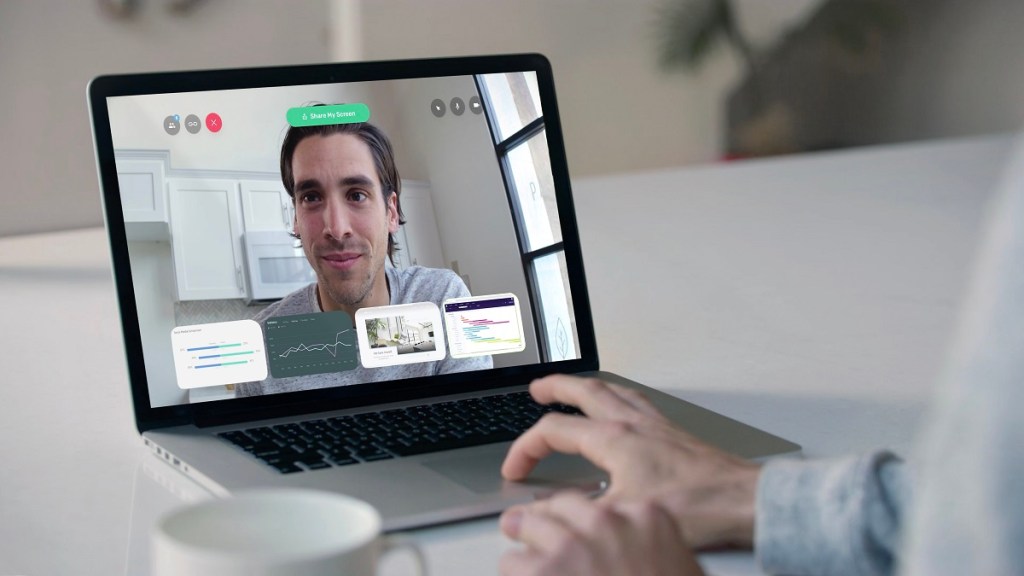 Above: You can use Rumpus in the kitchen.

He said that “collaboration” has been a diffuse term but at Oblong it means what is necessary to achieve a “deep, shared, cognitive context between two or more people.”

“Effectively, it’s a mind meld,” he said. “You want enough of your brain to overlap with another human brain so that you can do things together that you couldn’t do during normal interaction or couldn’t do by yourself. That’s what we get at with Mezzanine, with multiple parallel streams available at the same time. You can move your content around in a fluid way. Multiuser. Multiscreen. Multisite. Multistream. All those multis come together in a way that for us is getting close to what people get visually in the real world when they are working in a non-digital way.”

Underkoffler added, “Collaboration systems should be rich enough to allow Minority Report-level work, to support urgent decisions they have to make, work they need to finish, or conclusions they need to get to that involve lots and lots of data. If it looks and feels like Minority Report, that’s not an accident.” 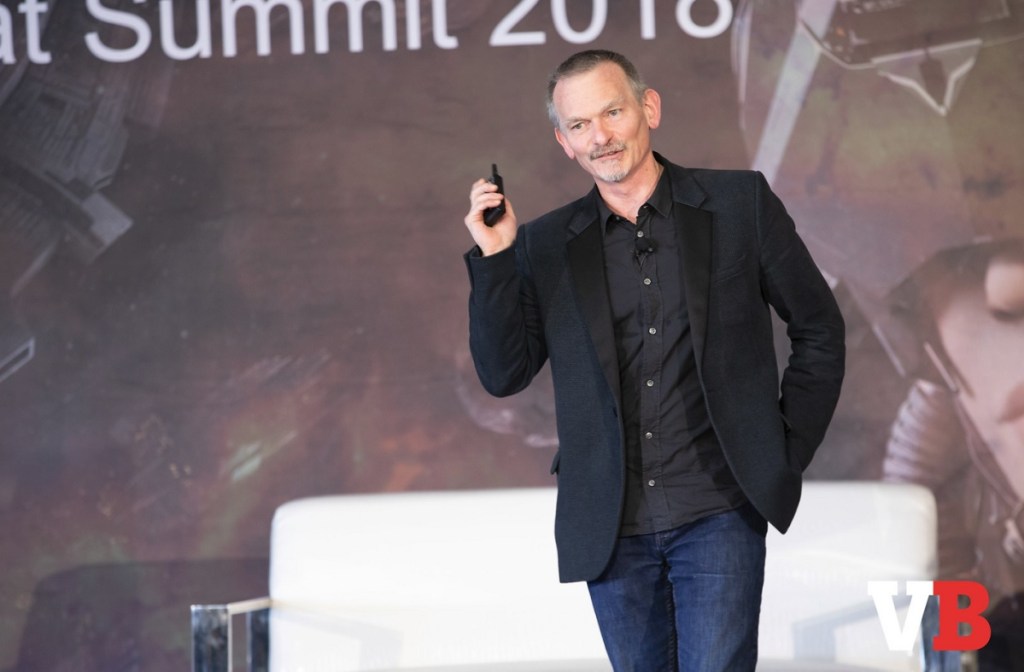 While Mezzanine has been a room-based product that lets you share things across screens, Rumpus is for virtual meetings. In the early days, presenting to people was more like a monologue, but Mezzanine makes it feel like a dialogue. With Rumpus, you can join a session from afar and participate as a first-class citizen.

“It’s been in the back of our heads for at least five years,” Underkoffler said. “We have a great room, but we heard a lot from the start, ‘What if you can’t be in the room?'” 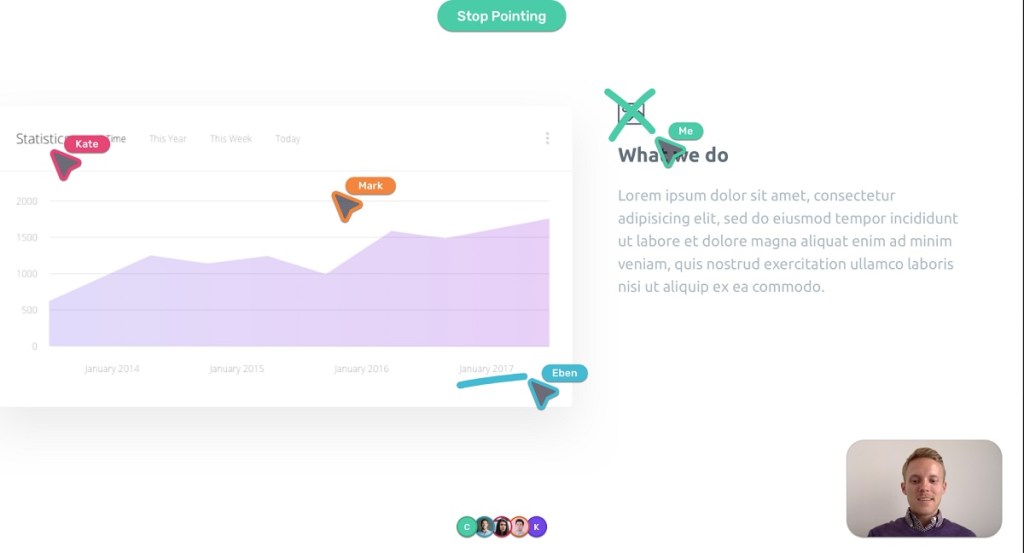 So Rumpus takes pieces of Mezzanine, and Oblong had to invent new things to add more of the human cues that are available in person but lost when you are remote. Everyone gets a cursor, which brings back the “human pointing experience,” Underkoffler said.

You can now indicate you are interested in something on the screen in a non-invasive way in which you are “not required to be the center of attention,” he said.

The visual reactions to what is being presented give the speaker in a meeting real-time feedback without a lot of disruption. Underkoffler said Rumpus is not trying to reinvent audio and video conferencing, but when both content and conversation need to happen in a meeting, traditional products fail. (We all know the phrase “Death by Powerpoint.”)