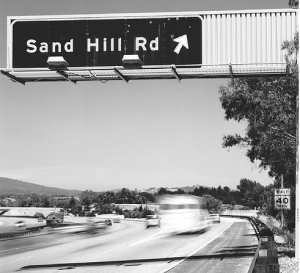 In the past four weeks, “Occupy” protests have spread from Wall Street to San Francisco to nearly every major city in the U.S. and many others around the world.

I’ve been trying to figure out the movement’s relevance to Silicon Valley and the tech industry in general. Why aren’t people occupying Sand Hill Road, the home of most Valley venture capitalists? Why aren’t people blocking the entrances to Google, Oracle or Apple?

I’ll admit, I’m a bit confused by the movement and its targets — but the answer, I think, has to do with the way finance works in Silicon Valley versus Wall Street.

In broad strokes, Silicon Valley investors are focused on building huge, billion-dollar companies. While you can get to a billion dollar valuation, at least temporarily, with a really weak, unscalable idea, you can’t stay there long without creating something of real value. You certainly can’t create a billion dollars in revenue without doing something meaningful — and, by the way, employing a lot of people along the way.

Wall Street, by contrast, defines “innovation” in terms of new financial instruments: investment vehicles that are increasingly complex and hard to understand and that do little for the country besides generate record profits for the banks that invented them.

Also, the venture capital industry is a midget compared to overall financial services. In Q4 2010, VCs pumped $5.7 billion into startups. Meanwhile, the financial industry as a whole took $379 billion in profits in the same quarter.

Yes, those aren’t comparable metrics, but they do indicate the relative size of the VC industry. Despite that tiny outlay, venture-backed startups have turned into some of the biggest employers around: Google, Oracle, Apple, Microsoft, Hewlett-Packard.

I spend a lot of time talking to entrepreneurs and VCs, but the topic of the protests has yet to come up. Nevertheless, I think it’s something that the tech industry will have to face.

Fortunately, it’s in a good position to do so. First, though, it needs to address a huge perception issue: that tech billionaires don’t care about the rest of the world.

I reported on one of the Occupy protests last week, when helicopters were hovering over the downtown San Francisco area where VentureBeat’s offices are. While my story focused on the incongruity of an “Occupy San Francisco” protest happening in one of the most pro-entrepreneurial, pro-startup, pro-business parts of the country, after consideration I think that the protest’s motivation makes some sense.

If you can fault the “one percenters” for anything, it’s that they’ve done far less public good with their wealth than they ought to. The exceptions prove the point: Bill Gates may have been a rapacious capitalist, but in his post-Microsoft days he’s pledged almost his entire fortune to charitable causes. He’s not just funding opera houses and university buildings named after him, either: He’s tackling some of the world’s biggest problems, like malaria, education, health care, poverty. Mark Zuckerberg, similarly, has pledged $100 million to the Newark, N.J. school system. His company hasn’t even gone public yet and he’s far from retiring, so it’s an impressive move.

But most tech billionaires are nothing like this. Where was Steve Jobs in the philanthropic world? If he did anything with his $7 billion in wealth, we have yet to hear about it. When will we hear from Jerry Yang? What great things are Larry Page and Sergey Brin doing with their wealth?

It’s not just about sharing the wealth or pledging fortunes to charity. The problem, as it appears to the “other 99 percent,” is that there’s little sense of responsibility attached to these fortunes.

As the beneficiaries of an economy that has made them wealthy, the rich ought to help ensure that the system works for all people, not just the lucky few. That change could start right here in Silicon Valley. After all, the computer and internet revolutions had their roots in hippie populism and government-funded research projects.

It wouldn’t take much for the titans of tech to start giving back to the system that has given them so much.

And meanwhile, the Occupy movement can keep picketing the Wall Street banks.