Octane AI launched its bot creation platform today, beginning with bots for 50 Cent, Aerosmith, KISS, Magic Mike, and SPiN. The startup also announced that it has raised $1.5 million in a round led by Phil Libin and General Catalyst Partners.

Apps like YouTube, Medium, and Facebook can be integrated into an Octane bot so every time you upload a new video on YouTube, for example, a message can be sent to everyone who subscribes to your bot.

Facebook Messenger launched beta APIs in August for marketers to be able to send promotional message and publications.

Octane AI was created by founder Matt Schlicht, known best as creator of the website Chatbot Magazine and the Bots Facebook group, which has grown to more than 17,000 bot enthusiasts in about six months. Cofounders Ben Parr, an early stage startup investor and former Mashable editor, and Leif K-Brooks, creator of anonymous chat service omegle.com, joined the company shortly after its formation. 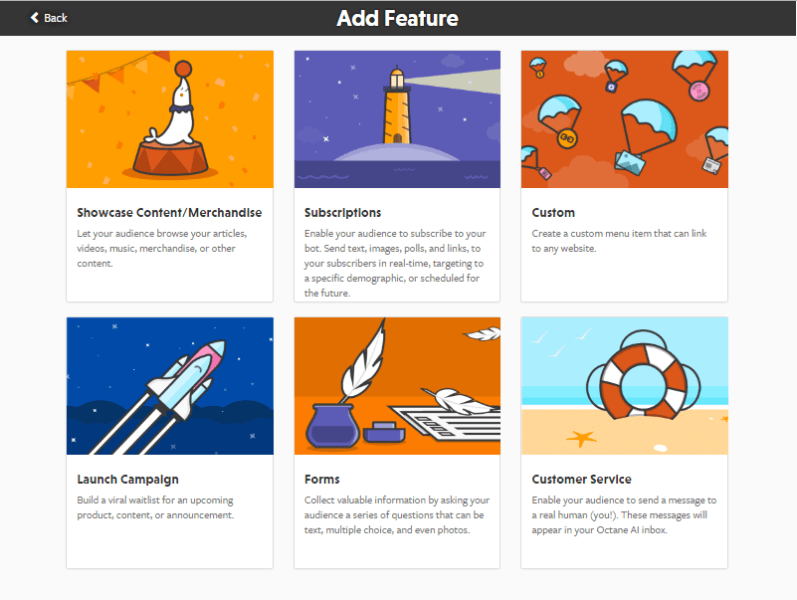 If you’re heading over to chat with the Aerosmith bot because you’re a big fan, don’t get your hopes up. These are not bots meant to bring you on a journey or answer every question.

Octane bots are simplistic by design, and they perform very specific tasks. In the case of KISS and Aerosmith, that means inviting people to join a fan club, buy merchandise, or speak with a human in customer service.

“A lot of these Facebook pages, people already send them messages every day and nobody was responding, and that’s a huge missed opportunity. So just having these bots up, even though they’re not the fanciest things in the world, is still much better than having nothing,” Schlicht said.

Today, there are dozens of startups, most less than a year old, with bot creation platforms. Many of them, especially those who claim their platforms make bots in five minutes or less, are in a race to become the Wix or SquareSpace of the bot world.

Octane keeps that promise of five minutes or less, and keeps the bots simple, Schlicht said, because conversations with potential clients have made it clear that most people have no idea what they want from bots. The company’s exploration of bots in past months has also made it clear that all bots have room for improvement.

“I don’t think there are a lot of incredibly interesting bots right now, and I think that’s why we’re starting really simple,” Schlicht said. “We’re just trying to take a simple approach to this and say if you don’t have a bot right now, here’s a simple bot that’s better than what you have…”