It’s been less than a year since the Notre-Dame cathedral’s roof and spire were destroyed in a fire. But Rebuilding Notre Dame will take you back inside one of the world’s great monuments, both before and after the flames.

Targo has created a new documentary in VR, capturing the cultural landmark in 360-degree video as it looked before April 15, 2019 and where the reconstruction stands now.

Since the fire, the popular tourist attraction has been closed to the public, pending laborious renovation. So far, more than $1 billion has been pledged to the rebuilding effort.

I took a look at the whole VR experience. Today, it’s the only way you can step inside the walls of Notre-Dame and witness it as I had seen it on trips to Paris with my family. The experience is now available on Oculus TV on Oculus Quest. 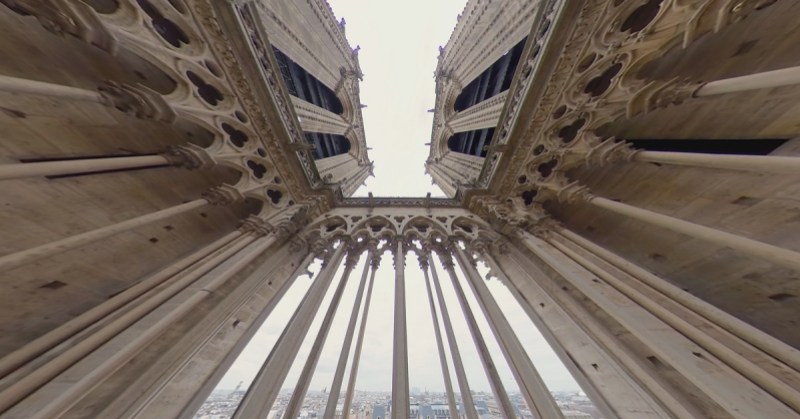 Above: The view from inside Notre Dame.

The experience begins with a collage of news coverage from the April 2019 fire. It’s sad to see what the structure was like and what has been lost. There are two huge holes in the roof. The spire is gone. And much of the stained glass that survived has been removed for preservation. Wooden buttresses and scaffolds line much of the surviving structure as an attempt to stave off further collapse.

“We wanted everyone to remember the exact feeling of powerlessness we all had when we saw the cathedral burning,” said Targo director Chloé Rochereuil in a statement. “Gathering news clips from different languages is a way to reflect how global this event was — all of a sudden, the entire world was concerned about the cathedral and watching the events unfold on live news. This had to be the starting point for us.”

Blending footage taken before the fire with a look inside Notre-Dame as it appears today, the documentary juxtaposes past and present to dramatic effect. Targo’s Victor Agulhon said in a statement that it is like bringing the cathedral back to life, and I would agree that it feels that way.

When you stand in the middle of the cathedral and see all of the damage, you get an idea of the scope of the task ahead. Fortunately, the organ was undamaged in the fire, and it serves as a sign of hope.

Rebuilding Notre Dame’s creators interviewed four key players: Patrick Chauvet, the rector archpriest of Notre-Dame; General Jean-Louis Georgelin, appointed by President Macron to lead the public body in charge of restoring the cathedral; Anne Hidalgo, the mayor of Paris; and Jean-Michel Leniaud, a historian specializing in art history and president of the Society of Friends of Notre-Dame. 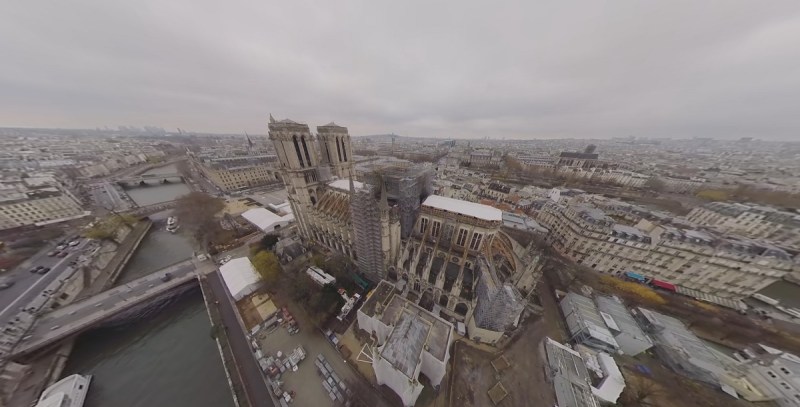 Above: Notre Dame being rebuilt.

In an interview provided by Oculus, Agulhon and Rochereuil said the rebuilding process speaks volumes about French culture and pride. They added that the work required this time will be more demanding than the reconstruction in the 1800s.

“Notre-Dame is back to being a symbol, a real stake for the French people,” Agulhon said. “The myth of ‘builders’ — builders of cathedrals, builders of the country — is deeply rooted in the French collective memory. Now that Notre-Dame has to be rebuilt, it’s our turn to be in charge of its future.”