Fable Studio debuted its new virtual reality experience Wolves in the Walls this weekend at the Sundance Film Festival, and it also took the lid off its other projects that combine interactivity, VR, and cinema.

Fable Studio was born after Facebook closed its Oculus Story Studio in May, and it received funding for Wolves in the Walls from Oculus. It’s an adaptation of a story from Neil Gaiman, creator of landmark comics and books such as The Sandman, Coraline, and American Gods. Edward Saatchi, executive producer of the VR project, told me in an interview that the story will be told in three chapters, with the first one debuting at Sundance.

The ambition is to push VR storytelling in new directions, like Oculus Story Studio’s earlier projects such as Lost and Henry. The latter won an Emmy award for best VR animated short. Saatchi said that the main character of Wolves in Walls, Lucy, has eyes that follow your movements. She needs your help, since no one else in her home believes that there are really wolves inhabiting the walls.

Fable is also working on a number of “Made in VR” experiences that are interactive cinematic projects. They include Origin, Ten, Magic River Yacht Club, and Derailed. That’s a lot of work under way, and Saatchi believes that 2018 is the year when the new company will start to monetize its work. Besides Saatchi, the team includes Pete Billington, Jessica Shamash, Chris Wheeler, and others. 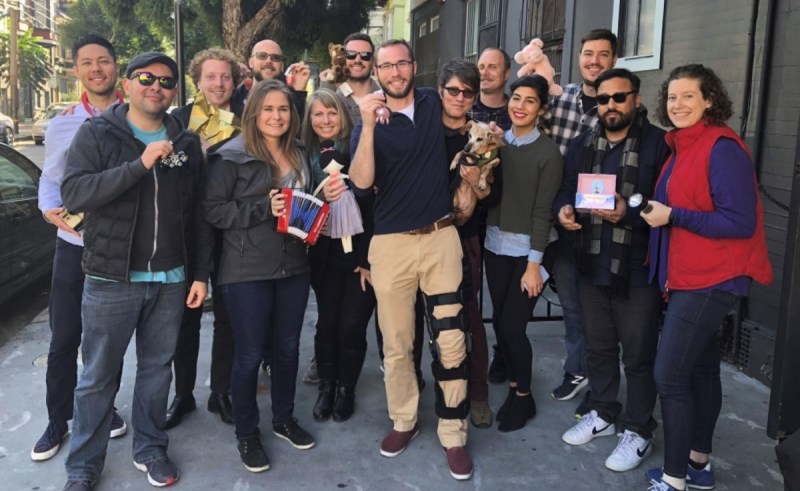 GamesBeat: Have you been able to gauge the interest in VR at Sundance?

Edward Saatchi: This section sold out I think every single—you buy tickets for an hour, and this section sold out. From the point of view of attendees it seems like interest is pretty high. As far as the more mainstream press – the New Yorker, the Times – it’s becoming a beat for folks beyond just the tech space. But at the same time, there’s an element of it being the same people. There are a few new players each year, but clearly there aren’t as many VR devices as there are smartphones. It’s still very nascent.

To give you a sense of the backstory of Wolves in the Walls, have you seen a VR movie called Henry? The hedgehog one.

GamesBeat: Yes, I have.

Saatchi: We started production on Wolves as production on Henry was wrapping up, before we released it. That was in 2015. We loved the idea that Henry looked at you, and we wanted to explore further how an interactive character would work. We found a Neil Gaiman story we loved called Wolves in the Walls. Gaiman wrote Coraline and American Gods and the Sandman comics, just a really cool writer. We wanted to adapt that story, which is about a young girl who thinks she sees wolves behind the walls of her home. You are her imaginary friend, and you have to help her convince her family that there are really wolves in the walls.

GamesBeat: In the book, is there a person that’s like you, the imaginary friend?

Saatchi: No, we created that completely, because we didn’t want you to be Lucy. One of the cool things for us was, we always felt here that VR movies should be the intersection of narrative games and immersive theater and cinema. For this project we got to hire on people from BioShock and a really cool immersive simulation that Doug Church and Steven Spielberg worked on called LMNO, which was very character-based. We loved the Elizabeth character from BioShock Infinite. She was very inspiring. We bought on Jordan Thomas as the lead design consultant, who was the creative director of BioShock 2 and worked a lot on Elizabeth from Infinite. We loved Ellie from The Last of Us as well, so brought on people from those teams.

We also brought on people from immersive theater. The two founders of Third Rail Projects, which created several immersive theater pieces in New York, like Then She Fell, which is an Alice in Wonderland one—they actually choreographed the experience, the first thing we mocapped, which gave us the ability to have Lucy, the main character, be mocapped and try out hundreds of responses to what you do or don’t do. She can react to you differently. 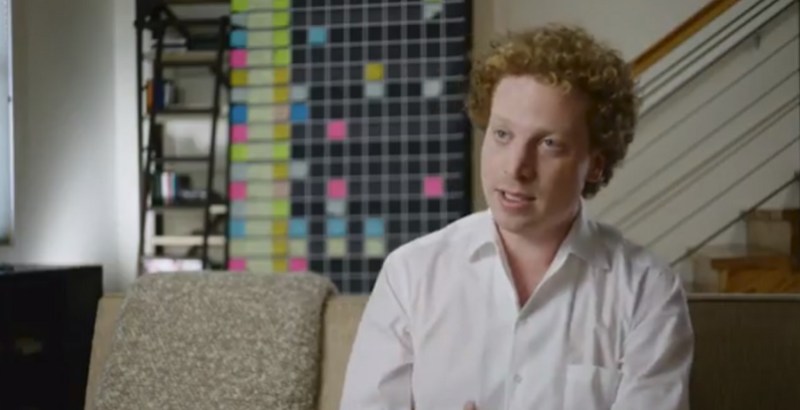 Above: Edward Saatchi is a cofounder of Fable Studio, a new VR film studio.

Going back to your question, I think if we were making a game, we might have thought, “Okay, you’ll be Lucy.” But we wanted you to be an imaginary friend, so that she could still be the protagonist of the story. You are her companion. It’s different from a game, where normally you’re the protagonist and you have companions. We thought, for this, it would be in between a movie and an immersive theater piece and a game, so the main character should be the protagonist and you would help her. You have hands. She gives you hands and draws you into the experience. But you aren’t the main character of the story. We thought that was really important, because the goal for us was that you would feel a deep emotional connection to Lucy.

Once we saw Touch, a couple of years ago, we were several months into Wolves, and we knew it should be a Touch experience. We added in the ability—you take a Polaroid picture to capture evidence of the wolves. You work with her to move through the story. For us, we can see a future – Henry was the genesis of it – where the studio we launched yesterday, which we call Fable—basically we spun out Wolves in the Walls from Oculus Story Studio and started Fable, with funding from Oculus. As we think about what Fable’s vision would be, it’s not a two-hour VR movie. We think it’s a persistent AR/VR character.

You saw Blade Runner 2049? Think about Joi from that movie. Instead of building a 19-minute VR movie one day, it’s more like, how do we make a character that’s as convincing as her? I think it goes way beyond AI or voice recognition. We might put it another way and say, there are a lot of smoke and mirrors that come from storytelling that we can use to make you care about Lucy in a similar way to how you care about Joi. That’s where we think it might go when there are VR/AR glasses – not a big industry of VR feature movies, but instead persistent interactive characters.

Maybe storytelling is more like—I don’t know that Pokemon Go is storytelling, but it’s persistent, right? It’s with us all the time. From our point of view it’s a friend, a friend who might be in AR with our kids, playing an AR game or reading a story. Maybe we sit and watch TV together. Maybe we got into VR and go to the Himalayas together with this VR/AR character, or maybe we go and watch a Wolves in the Walls type of experience where she’s on a journey and we’re accompanying her. We’re building a bond with the character.

There might even be interactive characters that form the core GUI for spatial computing. Instead of the mouse and keyboard and MacOS, or touch and iOS, when you go full 3D, I don’t think there’s any need for windows or screens. Three-dimensional characters feel like something I’m very used to getting information from, when I talk to people. That’s the long-range vision for the studio: using storytelling techniques to build out interactive characters, like we have with Lucy.

GamesBeat: Where are you guys based?

Saatchi: We’re still in San Francisco. We’ve taken the majority of the team from Story Studio and moved about 10 blocks down.

GamesBeat: How many people are in the studio now?

Saatchi: It’s about 15 people. The majority are Story Studio folks.