Lorne Lanning, cofounder of Oddworld Inhabitants, gave me a good look at Oddworld: Soulstorm about a month ago. I talked to him about the next game in the Oddworld series, which is a re-imagining of the 1998 title Oddworld: Abe’s Exoddus.

But more recently I had a chance to play the game, which is coming out in 2020. This title is a re-imagining of the original game, which lacked the budget and development time to fulfill Lanning’s original ambitions. With the success of 2014’s Oddworld: New ‘n’ Tasty, Oddworld’s team, including executive producer Benny Terry, has been able to add a lot more gameplay.

In the long run, Oddworld Inhabitants wants to create a new “quintology” in the series that has sold more than 15 million copies to date, including 3.5 million for New ‘n’ Tasty. Lanning is planning to show more at the upcoming Electronic Entertainment Expo (E3) event in Los Angeles, and I was able to play a level that was set in an industrial nightmare. I’ll tell you what that was like. 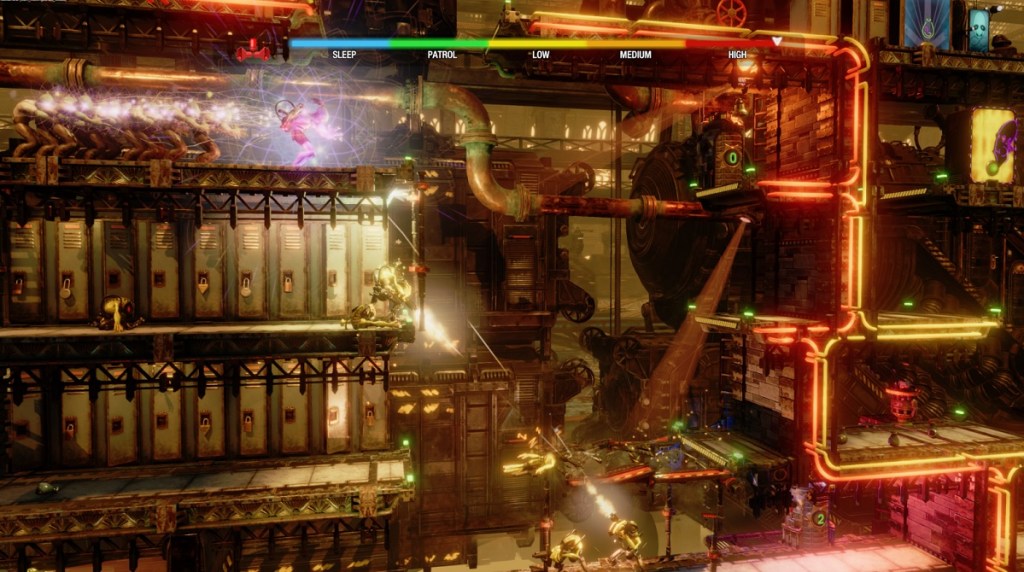 Soulstorm is the second in a new Pentology that takes place in the Oddworld universe, where Abe, is a meek slave among the Mudokon. He discovers that his people will be slaughtered for food in a meat factory at RuptureFarms, and he escapes. Then he leads a revolution to rescue the slaves at the farm.

In Abe’s Exoddus, Abe leads his starving Mudokons on further adventures in a search for the secrets of the Soulstorm brew. Lanning showed off a cinematic trailer of what the game will look like and its story at Unity’s event at the Game Developers Conference, and now he is showing off more.

Lanning showed me a level that you can see in the latest trailer. In this one, you have to help the Mukodens escape from the factory. 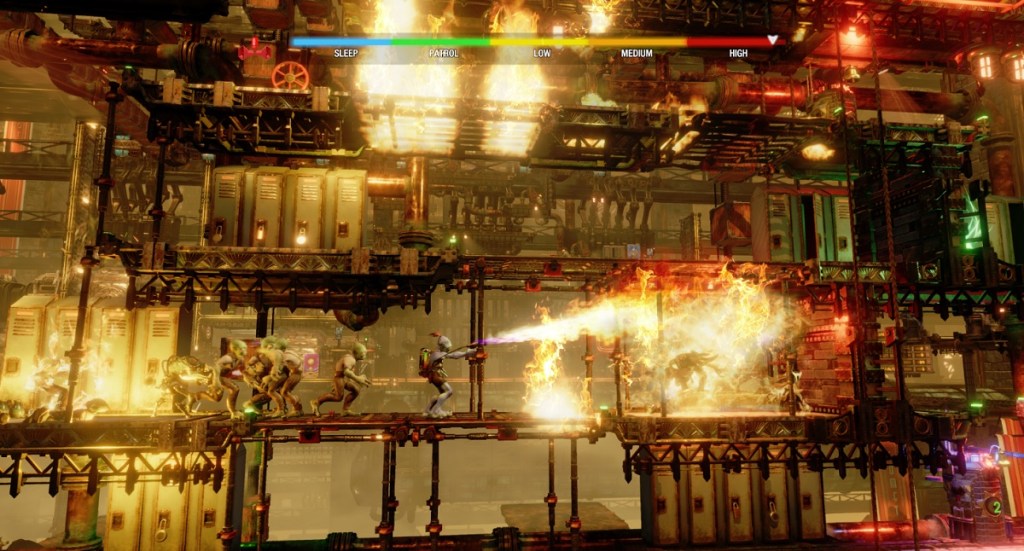 Above: Oddworld: Soulstorm is a 3D sidescroller action game.

You start out as Abe, tiptoeing through a factory, with fires burning in the background. Abe has to rescue his fellow Mudoken slaves, awakening them from a kind of trance-like work state.

It is still a side-scrolling platformer like the original title. But as you can see in the trailer, the perspective is more like “2.9D,” as Lanning calls it. You control Abe, and you pick up followers who can help you with various tasks. They join you in a kind of chain. But you can also see 3D aspects in the foreground and the background.

You cannot maneuver into the foreground or the background. But you can go back and forth or up and down on a 2D plane, which is kind of a slice of the factory’s 3D space.

The player controls Abe as he makes his way past enemies and obstacles. But every now and then the perspective changes as Abe makes his way around a corner. And then a freight train comes zooming through the landscape. It’s a visual feast, with explosions both in the foreground and the background that make the game very colorful and full of action.

You can move sideways. Or you can push through the landscape into the third dimension as needed, like when you use a scope to scout what lies ahead of you. I like how it looks, with fancy upgraded graphics and lots of story cinematics. 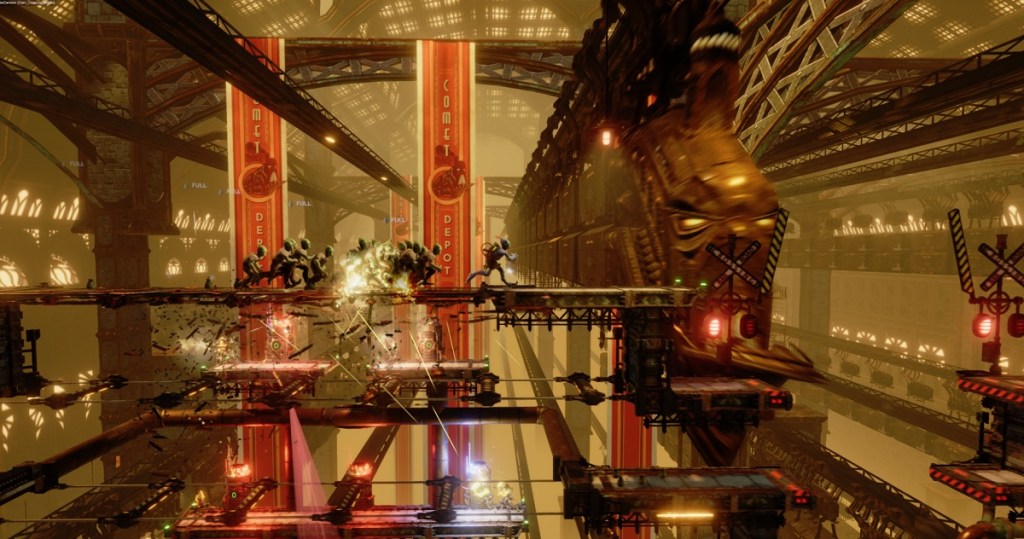 This level was about 60% of the way into the game, and I was already equipped with some good resources. The gameplay gave us a good look at the collectibles, progression system, and inventory.

I found myself on an elevated walkway. The first thing I had to do was knock out a couple of guards. If they discover you, they will shoot you, as they are stronger and better equipped than Abe, who is an escaped slave. Once the guards sound an alarm, a bunch of them come after you. So I had to use stealth or other techniques.

You can throw a Jawbreaker at a guard to knock him out. But you have to have a pretty good aim, as the lobbing isn’t that accurate. If you miss, you’ll get shot. I had to redo this a number of times. Once you knock him out, you can explore some lockers. You can hide in them, or find ingredients that you’ll need to craft objects.

If you have a rubber band and a Jawbreaker, you can craft a more effective weapon. You can wrap the bands around the ball and then it will bounce when you throw it. That came in handy when a guard was out of reach and I had to throw a ball into an opening and then bounce the ball around inside a chamber before it finally hit the guard. The guards tend to wake up after a bit, so you have to be fast.

You have to find ways to get to switches so you can turn on or turn off electrical barriers or flames. You can also craft a flamethrower that can give Abe much better offensive capabilities. But the flamethrower doesn’t last for long. Once you get to the right part of the factory, you can start recruiting workers. You awaken them and then they start following you. Much of your job is solving puzzles that open gates and keeping your followers out of harm’s way.

You can go on the offensive and use your followers in attacks against the guards. The game switches between side-scrolling and 3D play. You may get on an elevator platform, which will take you into the background area. You can man a gun on the platform and shoot at the guards that are also targeting you. It’s a pretty fast and furious firefight. You can pull up a telescope to recon the 3D environment.

My colleague Mike Minotti finished in the allotted time, but I had to start over a few times, as I died too much. I’m looking forward to seeing more of the gameplay, but it may be a long wait before we see the final game.