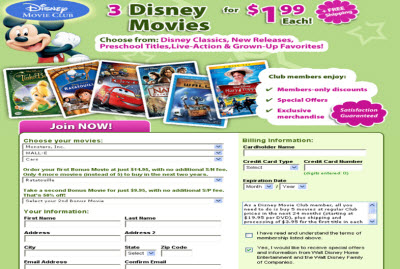 Burned by a scandal in its offer business over inappropriate promos, Offerpal Media is moving to set standards that forbid offers that are misleading, deceptive or otherwise objectionable.

The action is the first move the company has made since it brought in a new chief executive, George Garrick, a couple of weeks ago. The CEO transition happened in the midst of a debate over scam offers that were allegedly duping users into mobile subscription deals and other purchases that they really didn’t want.

Offers are special ads that are used to monetize otherwise free social games on Facebook and other social networks. For example, a user will agree to sign up for a Netflix subscription or credit card offer.

The business has been lucrative because the offers guaranteed some kind of direct benefit for the advertisers, who are willing to pay more. And these offers are appealing to gamers who didn’t want to pay for virtual goods with credit cards. Offer companies like Offerpal, Super Rewards, Gambit, Trialpay and others have been at the forefront of the boom in virtual goods, which are expected to generate $1 billion in U.S. revenues in 2009.

But as with other online media, complaints arose that some offers were scams. The scandal ignited last month as Techcrunch editor Michael Arrington challenged former Offerpal CEO Anu Shukla over the legitimacy of most offers at the Virtual Goods Summit. Shukla said that less than 1 percent of the offers have generated complaints from users. But the ensuing debate led to changes in policy regarding offers at Zynga, RockYou, and other companies. Facebook renewed its crackdown on scams and actually stopped one of Zynga’s games, FishVille, from launching until Zynga removed controversial offers. Zynga has also stopped using offers until it can set up a system to properly vet them. 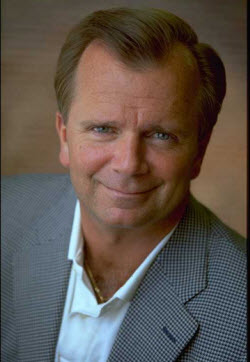 In an interview, Garrick said that the move is a result of some actions he took upon becoming CEO. He said that the new standards were developed in close contact with publishers such as Zynga and platform owners such as Facebook. He said that Offerpal has improved its tools that can automatically detect non-compliant offers and remove them from the system. Garrick referred to this as an “electronic watch dog.” He noted that Offerpal has pulled down hundreds of offers in recent weeks and has been putting them back up as they become compliant. Garrick noted, for instance, that the cost of an offer to consumers is now more clearly spelled out, with bigger font sizes, so there will be fewer complaints about offers containing “fine print” that cost consumers money.

“This is something the industry needs to do,” Garrick said. “Individual companies need to draw a line in the sand in what they will do. It sends a message to partners that you want valid and credible and ethical business.”

Offerpal’s move may help head off litigation. Lawyers have been fishing for clients for possible class-action lawsuits against the industry, on behalf of harmed consumers. Garrick admitted recently that Offerpal’s enforcement of its standards weren’t as good as they could have been, and he confirmed that view in the interview today.

Garrick’s own tone has been less combative and more apologetic than Shukla’s initial response to the allegations of scams, which she referred to as “shit, double shit and bullshit” at first. Garrick said he thought that, despite the emotional exchange that happened, Arrington acted appropriately drawing attention to the scams, as it was a “valid issue.”

“I personally try to avoid situations that are combative or confrontational,” Garrick said.

Garrick said that Shukla will continue as a board member and an advisor, but he said that she will not have an operational role in the company.

Offerpal says it is the first to offer a set of guidelines for advertisers. These include a multi-step review process before each offer goes live and automated processes for continually verifying the current offers. Offerpal will continue to do some things it says it has always done, like personally handling each complaint that comes in. The company says it has remained in close contact with Facebook, MySpace and other social platforms, which have moved toward a “zero tolerance” position on offer scams.

In a statement, Offerpal’s rival Gambit said, “We at Gambit are really glad to hear that Offerpal is taking these steps. For our part, Gambit’s AdControl suite of tools has been in effect since the earliest days of Gambit, so we see this as great news because it validates our product development choices. Because of the recent limelight on our industry, we think we can look forward to lots more announcements like this as more and more payments and offers companies realize that ‘monitor’ and ‘filter’ are key components to ‘monetize.'”

Interestingly, Facebook confirmed to us that Gambit has been banned from making offers on the social network. [Here is Gambit’s official post on this subject.]

Super Rewards, another Offerpal rival, said that it has had the ability to take out offers in an automated fashion since May. Super Rewards calls this a “blacklist” technology, where publishers say what kind of offers they don’t want. The company also makes available tools with which publishers can create a “whitelist,” or list of the kinds of offers they want. Super Rewards released its first “whitelist” technology today. [We noted that Super Rewards had an F/D- rating with the Better Business Bureau recently, but the company has addressed complaints and moved back to an A- status in the U.S., and it has moved from an F in Canada to a B+ rating there.]