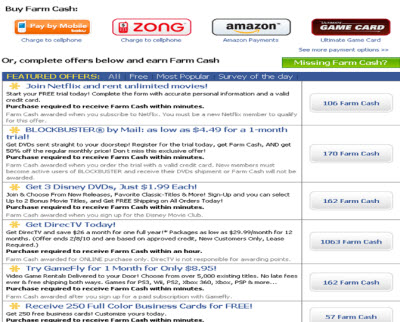 A relatively obscure part of the social networking business has come into the limelight. It’s about special ads known as “offers” that are used to monetize free social games. These offers are like the ads that promise you a discount on your Amazon.com purchases if you sign up for a free credit card.

They’ve gained in importance because they’re a way that users can enjoy advanced features of the apps or games that normally cost money — without shelling out cash. You can pay for an extra weapon in a game with a credit card, or you can participate in an offer without paying.

But Techcrunch editor Michael Arrington has raised a firestorm over “scam offers” in social games that appear to deceive users. He contends that the offer industry players such as Offerpal Media, the game companies such as Zynga, and platform owners such as Facebook are part of a “social gaming ecosystem of hell” because they ride on this foundation of scam offers.

But Offerpal chief executive Anu Shukla, who in a debate with Arrington called his allegations “shit, double shit and bullshit,” said in an interview with VentureBeat that the vast majority of offers are clean and that she gets complaints from less than 1 percent of users. [See the video of the Arrington-Shukla verbal scrap here.] Offerpal is the biggest player in offers and in the past two years has redeemed 730 billion points for 160 million users. Shukla says that 57 percent of Offerpal’s monthly visitors are repeat users. With such a big business, she says, complaints about deceptive offers are a small issue.

Julie Craft, a vice president of Offerpal rival Super Rewards, also said she welcomes the added scrutiny and tougher guidelines that Facebook has laid out for such offers (more on that in a minute) because it forces all of the offer providers to compete on an even basis. She said it is a young industry that has the same problems the rest of the Internet does but that the company is working on ways to improve its quality and customer service.

But the offers industry as a whole has generated enough ill will to prompt Facebook into action, and a number of major players in the industry have spoken out on the issue now. In July, Facebook issued guidelines regulating what could be said in offers. It noted, for instance, that boxes where a user is promising some kind of action (such as giving permission to receive emails about offer deals) cannot be pre-checked by the advertiser on the offer pages that are filled out by the users. Obvious scams are not permitted, as are offers promoting illegal activity or questionable products such as spycams. Facebook has warned, suspended or disabled those apps and offer vendors who don’t comply with these regulations. Two ad networks have been banned altogether in this process.

“As I’m sure you’re aware, deceptive ads are an industry-wide issue and one we have been fighting aggressively,” a Facebook spokesman said in a statement. “We faced stimulus scam ads our own system earlier this year and pushed them off the site with rigorous enforcement. We did the same months later when deceptive ads from third party ad networks appeared in applications. We’re doing the same now as we see them appear in the form of offers.”

In the past 10 days, Facebook issued clarifications on its guidelines. Offerpal has pulled a handful of offers to ensure that it complies with the newly clarified regulations, Shukla said. Under the heat of publicity, some companies are changing their stance on offers. Zynga has pulled a couple of offers highlighted by Techcrunch as scam-like. 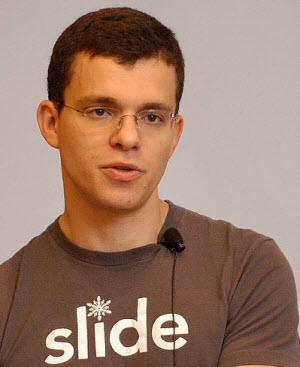 Slide and RockYou — two of the oldest and biggest social apps makers on Facebook — have also spoken out about offers. In an interview with VentureBeat’s Kim-Mai Cutler, Slide chief executive Max Levchin (right) said his company has never issued offers as an alternative payment system.

“It’s harder to establish a long-term relationship if you monetize them through offers,” Levchin said. “It’s really a business decision to me — when someone is willing to pay for this product, it’s very powerful. It’s an opportunity ultimately to become closer with that user. . . But with offers, it’s like I’m going to send you off into some other site — and not all of them are bad — but I’m potentially kicking users off into a scary territory where I can’t promise it will be happy or healthy. It’s just dangerous. If you’re trying to build a relationship with the user, it’s super important. You can’t piss them off.”

Shukla said that Slide created a lot of its apps in the days before virtual goods took off on social networks as the primary business model. Her company works with Zynga, which has become the largest maker of social games on Facebook and is monetizing well because of its emphasis on virtual goods. RockYou, meanwhile, sent an email to its publishers saying they must comply with Facebook’s latest guidelines.

Mark Pincus, CEO of Zynga, said in a blog post yesterday about Arrington that, “He raises good points about ‘scammy’ advertisers and the bad user experience they create. I agree with him and others that some of these offers misrepresent and hurt our industry.” Before the controversy, Zynga was already moving to ban certain offer advertisers such as Tatto Media, and it has removed all mobile-related subscription offers until it sees “clear consumer value” in them. Pincus said Zynga continues to use offers because most of them are good for both consumers and advertisers, who want a closer online relationship with users. 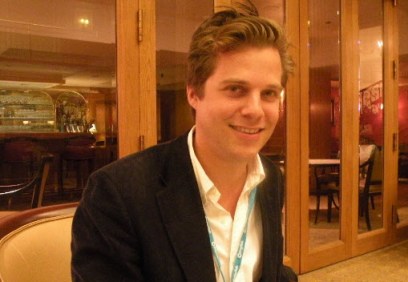 Playfish, a smaller Zynga rival in social games, has taken a different position. Sebastien DeHalleux, president of Playfish (right), said that others have urged Playfish to be more aggressive with monetization in order to compete on an equal footing with its rivals. But he said Playfish has taken a conservative approach. It doesn’t advertise as much as others to get users, relying instead of word of mouth in order to hook gamers for titles such as Pet Society. DeHalleux said Playfish doesn’t believe in getting lots of gamers with short-term methods.

“We think the offer market is not mature enough,” he said in an interview yesterday. “The quality control is not up to the standard that we subscribe to. The vast majority of our revenue is from direct consumer action. The players pay cash from their own pockets. If you think about it, every person on the planet is wiling to pay for the experience they get with a movie. We think people will pay for games.”

He added, “We are extremely happy about the enforcement actions by Facebook. We have been lobbying for greater industry standard quality control on offers. The templates for the offer should be created in a standard way and controlled by the publisher, not the advertiser. I spend time with major ad agencies and many of them don’t want to be associated with lead generation and immature practices with low-quality standards.”

At the same time, Playfish does use Super Rewards and TrialPay, two offer vendors, to monetize its games. DeHalleux said that Playfish monitors every single offer that goes out with its games so that it can be in control of quality. 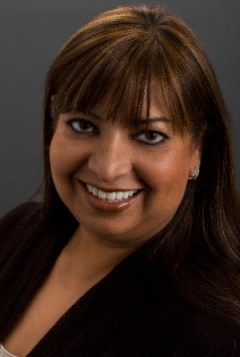 It remains to be seen how much of a hit the social apps makers will take as they trim down on scam offers, some of which monetize pretty well. Shukla’s own email to publishers last Thursday said that they should be prepared to take revenue hits as some of the offers are removed and recreated so that they can be compliant with Facebook’s latest guidelines. Atul Bagga, an analyst at Think Equity, said he believes that offers have been gaining ground on direct payments in social apps, but they have a long way to go before they meet their potential of $1 billion in revenues in the Western hemisphere.

Peanut Labs focuses on monetizing apps through research surveys, though it also has a new offer business. With Peanut Labs, a user fills out a survey in lieu of making a payment in a game. Over the weekend, the company queried 11,500 of its users and found that more than 60.3 percent prefer direct payments, 26.5 percent prefer surveys, and 13.2 percent prefer offers. It’s a self-serving result, but if it’s accurate, it shows what the current feeling is about offers.

There is likely going to be some fallout from bad press for the offer industry. Pincus said in his post that Zynga had an F rating with the Better Business Bureau when it was overwhelmed as it tried to handle virtual-goods related transactions in the spring. The company has improved its rating to B+ now, and Shukla (pictured right) said that Offerpal’s own Better Business Bureau rating was a B+. But it’s notable that Offerpal competitor Super Rewards has an F rating with the BBB right now. (The company notes that this is based on 46 complaints, eight of them unresolved, which is a very small percentage of Super Rewards’ business). [Update: Super Rewards now has addressed the complaints and has an A- ranking in the U.S. now]

The industry is relatively new, and so are the scams that plague it. Efforts to clean up are just getting started. At some point, if the offers business becomes mature, we’ll see more big-name advertisers entering the business and helping it grow into something much bigger.