OfferUp, a mobile-first platform designed to help people buy and sell things locally, is ramping up its ecommerce game today with the news that it’s expanding into nationwide shipping.

This move positions OfferUp firmly alongside established players such as eBay.

Founded out of Seattle in 2011, OfferUp is like a mobile-focused version of Craigslist — minus the job and housing classifieds. It has raised north of $220 million since its inception and counts among its investors such big-name backers as Andreessen Horowitz, Warburg Pincus, and Max Levchin. OfferUp now claims 42 million users each year.

The concept behind OfferUp has been pretty simple: People can buy and sell things in cash within their area. Items on the marketplace include jewelry, electronics, clothes, toys, and more. 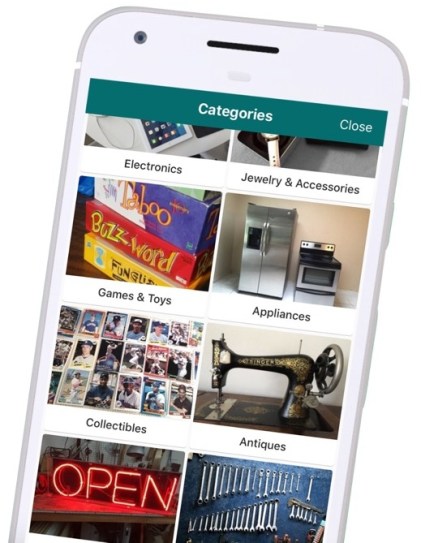 Now OfferUp will enable users to offer shipping across the entire U.S.

“We know that the OfferUp community loves buying and selling in their own communities, and it’s that passion that has driven us to become one of the fastest-growing mobile marketplaces in the industry,” noted OfferUp CEO and cofounder Nick Huzar. “Many of our users depend on OfferUp to earn or save money and therefore see our marketplace not just as an app, but as a way of life. Though we continue to be local at heart, shipping was the next logical step for our business because successful transactions is what keeps our users coming back everyday.”

It is true that expanding beyond the local buy-and-sell ethos is the next logical step for a platform such as OfferUp. The move also gives the company a distinct advantage over other players in the field, such as Letgo, which has raised around $375 million in venture funding and merged with Wallapop a couple of years back to expand in the U.S. Facebook has also been doubling down on its efforts to connect buyers with sellers locally through its Marketplace service.

Shipping could give OfferUp a leg up on these other services, and the feature is now available across all 48 U.S. contiguous states through the OfferUp Android and iOS app. There are some restrictions though — shipping is only available for items offered for less than $500. Plus, there are some limits on sizes — items must weigh less than 20lbs and be smaller than 108 inches (length and girth). Though listings are free across the country, OfferUp takes its usual 7.9 percent cut (including the credit card fee) from the final selling price. For context, eBay charges a 10 percent final value fee, while it may also charge a separate listing fee depending on what you’re selling and how many items you typically sell in a month.

This launch also means that OfferUp Payments is now officially available across the U.S. The company had been testing out in-app payments through credit and debit cards for a couple of years, but the feature didn’t officially launch and it was later pulled altogether. But clearly cash payments are no good when you’re shipping an item from California to Florida, but buyers everywhere can now set themselves up with a payment account through the app, though a spokesperson told VentureBeat that this isn’t officially available for local in-person transactions. That will come at a later date.