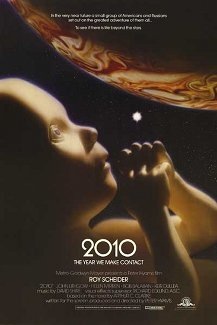 Microsoft has given a name to the upcoming version of Office, which will be the first version to include web applications for collaboration. It is Office 2010.

With a name like that, it’s not hard to figure out when Microsoft wants to start selling the product. And indeed, Chris Capossella, senior vice president of Microsoft’s Information Worker Product Management Group (which includes Office), says Office 2010 will have a technical preview in the third quarter of this year and will “release to manufacturing” sometime during the first six months of 2010. The first of the Office 2010-related products, Exchange 2010, is available in beta testing mode today.

The announcement takes the form of an interview with Capossella, in which he outlines Microsoft’s vision for Office 2010 without offering many more details:

We developed our new Office products in response to a shift in how people and businesses use technology today. The line between home and work has blurred, so people want more choice and flexibility in how, where and when they work. …

The next wave of Office-related products will help people address these challenges. With these new products we are giving people a familiar interface across PCs, mobile phones and browsers to make it even easier for them to create, communicate and collaborate from any location. IT professionals will benefit from a choice of new delivery and new licensing models as well as from improved management options to better control costs, and enhanced security across all locations. And through our integrated infrastructure, businesses can more easily deploy, manage and help secure corporate assets and comply with government regulations.

I had a chance to talk to Capossella last week, when he convincingly defended Microsoft’s plans for Office. As mentioned, those plans include ad-supported web apps, but there’s still a big emphasis on out-of-the-box software, which may seem rather old-fashioned compared to online solutions like Google Docs or Zoho. But Capossella said the death of traditional software has been greatly exaggerated, pointing to the iPhone as a platform where users prefer to download rich software rather than just visiting a mobile web app. Microsoft’s characterization of its plans as “software-plus-services” has been much-maligned, but Capossella said it’s an approach that other companies are adopting, for example with Google requiring users to download Google Gears to access their documents offline.

“I thought the whole point [of the software-as-a-service model] was that I didn’t have to download anything,” Capossella said. “These guys are totally adopting the software-plus-services approach, but they just aren’t using the term. And no one’s calling them on it.”

I also asked Capossella about the speculation earlier this month that Office is coming to the iPhone. Capossella said that when Microsoft’s Stephen Elop mentioned that at the Web 2.0 Expo, he wasn’t revealing anything new — just that the Office web apps will work on smartphones, including the iPhone. There will also be applications developed specifically for Windows Mobile phones, but as for the iPhone, Microsoft isn’t saying anything yet.

Oh, and during our conversation, Capossella scoffed good-naturedly at the constant “everyone’s an expert” second-guessing that surrounds all of Microsoft’s marketing and branding decisions — you know, the same kind of second-guessing I indulged in at the beginning of this post. Sorry Chris, I couldn’t resist.