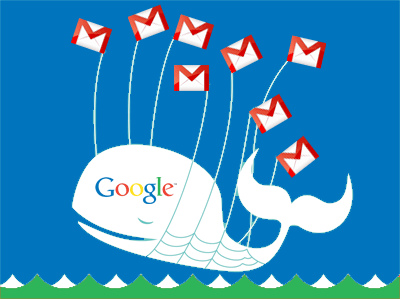 Any rumors you’ve been hearing about the demise of Microsoft Office have been greatly exaggerated, according to a new blog post from Forrester Research analyst JP Gownder.

The software giant will launch Office 2010, the latest refresh of its ubiquitous productivity tools, in retail stores tomorrow. Gownder writes that Office will “continue to succeed with consumers.”

Now, it’s obvious that Office has a huge customer base, and that isn’t going to change overnight. But the post is still worth reading for its provocative arguments about how Office fits into the larger software landscape. The new Office Web apps have gotten the most coverage, but Gownder argues that Office 2010’s real significance is that it’s shouldering “the defense of packaged software in general.”

Microsoft executives themselves might not be thrilled with that characterization, because they’ve said in speeches and in interviews that the company isn’t just a stodgy behemoth sticking with old software models, but rather is “all in” when it comes to prioritizing cloud computing and cloud applications. Still, people are used to buying and installing Office as packaged software, and it’s a big part of the latest release.

Meanwhile, Gownder dismisses the idea that the Web version of Office is a Google competitor — it’s a complement to Office, not a standalone product, he says. (Google recently acquired DocVerse to improve its own integration with Office.) Docs, meanwhile, is “a failure — at least so far.” A Forrester survey found that 67 percent of consumers are using Office in their homes, while only 4 percent are using Google Docs.

Since I’m a regular user of Google Docs, it’s probably no surprise that I don’t buy Gownder’s declaration of failure. Google doesn’t provide details about how Docs is doing, but it says the app has “tens of millions of users.” And Google Apps, the bundle of business tools that includes Docs, has signed up 2 million companies with more than 25 million users total.

Google has said the division is profitable, bringing in hundreds of millions of dollars in revenue. So sure, that’s dwarfed by the 500 million users Microsoft claims for Office (and the revenue is tiny compared to what Google makes from search advertising). But for a three-year-old service that has been improving steadily, it’s hardly a failure.

Despite Gownder’s defenses, he doesn’t address the question that former Microsoft employee/current Google evangelist Don Dodge brought up when he predicted that Office 2010 will stumble. Is it enough of an improvement that users will want to pay for an upgrade? Or will they be satisfied with Office 2007?

For more on how Microsoft sees Office, Google, and cloud computing, you can check out my interview with Chris Capossela, the man in charge of the Office team, from April.