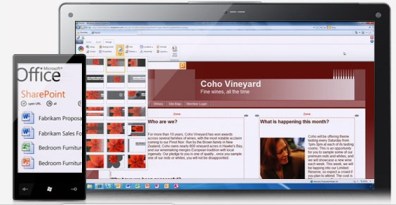 Microsoft’s cloud-focused Office 365, a subscription service that brings online Office apps and other Web tools to small businesses, has opened up to public beta testing today, the company announced this morning.

Office 365, which is expected to launch later this year, represents a major shift for Microsoft because it’s more than just another major Office release. Instead, it combines features like subscription access to desktop Office software (Office Professional Plus, to be exact); Office Web apps; Exchange Online to synchronize mail, calendar and contacts; and SharePoint Online to let you share documents and manage a private intranet. And since it’s based in the cloud, it will offer you access to documents and services on mobile devices like phones and tablets

Office 365 is being positioned as the perfect solution for small businesses that don’t have dedicated IT departments and lack enterprise access to Microsoft services like Exchange (although there is an option for larger organizations). Microsoft promises 99.9 percent uptime, so it will also serve as a major test for the stability of the company’s cloud services.

Microsoft will offer two versions of the service, one aimed at small businesses and one at larger enterprises. The Small Business Office 365 will cost $6 a year per person, with an additional $12 per person fee for access to the desktop version of Office (a $499 value). It supports up to 50 employees, although it’s designed for 25.

The Enterprise Office 365 service will cost between $10 and $27 per person a month, has no user limit, and offers access to additional features like Active Directory and 24/7 telephone support. Microsoft will also offer a reduced version of Office 365 for kiosk workers (employees who don’t have dedicated computers of their own) for $4 per month per user.

Microsoft is also planning a version of Office 365 for education customers that will include 25 gigabyte email boxes, an online learning environment, as well as the features mentioned above.

You can sign up for a spot on the public beta test at office365.com. Microsoft says that over 100,000 organizations have already helped test out the service in limited beta testing, which began last fall.

I haven’t had a chance to try out Office 365 yet, but on paper it seems to be a noble effort by Microsoft to jump into cloud productivity. It remains to be seen how the service will fare against Google Apps, though, which already has more than 3 million businesses signed up.