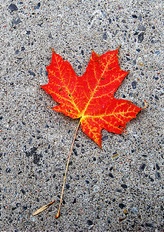 Given that the United States and Canada share a border of over 1,500 miles, you might think it would be easy for the U.S.-based Apple to send north the iPhone shortly after its release.

That hasn’t been the case. Canada sat back and watched as the UK, Germany, France, Ireland and Austria all got the device — with a lot of talk of China, Japan and other Asian countries being at the forefront of the next expansion. Worry not Canada, your long national nightmare is over. Soon, you will have the iPhone.

Rogers, the largest cellular provider in Canada, today confirmed that it has a deal with Apple to sell the device starting later this year. No firm date was given and Rogers chief executive, Ted Rogers, said in a statement that he cannot say more about it right now, but in a very Jobs-ian [Apple chief executive Steve Jobs] sign off, left us with “stay tuned.”

Teaming up with Rogers in Canada gives Apple access to over seven million potential customers. In the larger picture, this is nothing compared to say, the Chinese market, but still an important step if they hope to move those 45 million iPhones by the end of 2009 as some analysts are projecting.

The reason for such a long delay in bringing the device was carrier negotiations and disputes over pricing, but there was also speculation of a trademark dispute with Comwave Telecom.

Not known is if the first iPhone in Canada will be the much talked-about 3G version, or the regular EDGE version that the rest of the world currently has. One would assume that if the launch will not take place until later this year, the 3G iPhone will already be out (some are suggesting it could be here as soon as June 9th), so it would be a shame to make Canadians suffer through first generation EDGE speeds for awhile after leaving them out to dry this long with no device at all.

Obviously, the iPhone will compete in Canada with RIM’s BlackBerry, which is headquartered in Waterloo, Ontario.