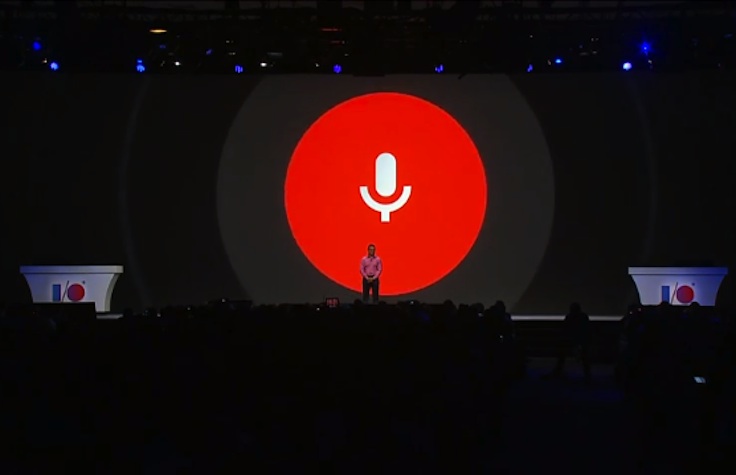 Normally, when a company claims that it’s bringing the helpfulness of a Federation starship’s onboard computer to everyday technology, I sort of roll my eyes and prepare to be disappointed — except this time, that didn’t really happen.

Today, Google demonstrated its new conversational search feature during its annual Google I/O developers conference. Conversational search basically means that you’re asking questions rather than strategically typing in search terms to get the answer you want from a query, something that’s been available on Android mobile devices and Apple (via Siri) for a while now. However, Google is now bringing that conversational search to the desktop. (Check out a demo video below for a better look at voice search.)

To take advantage of this tool, you need to use Google’s Chrome web browser and also have access to a working microphone. From there, you can start by saying “OK, Google…” and proceed to ask it a question or bark out an order. (But beware of barking too harshly in case this new tech is really just the precursor to a future where Cylons take over our planet.)

During the demo, Google’s conversational search was able to pull up travel destinations for a long trip, pull up restaurant data, see flight itineraries, etc. — nothing we haven’t already seen. But what is impressive is how much the voice instructions are actually like talking to someone who had information you need to know. Part of that is in anticipating what the conversation would be and what the person making the query actually wanted to know. Obviously, the technology is getting better, and its far closer to the Enterprise‘s computer than it was when the service first rolled out. 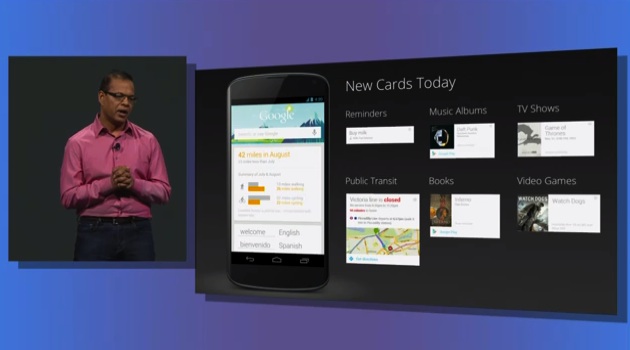 But just because the conversational search is branching out to the desktop doesn’t mean the company isn’t still working to improve the mobile experience. More specifically, the company will be adding plenty of new cards that will appear in its Google Now service, including those for public transit, music album, movies, TV shows, reminders, and books.