Announcements at the Amazon devices event this week came at a blistering pace. In a roughly 80-minute span, the company revealed a menagerie of new smart devices that includes speakers, a smart display, a lamp, an oven, a dog tracker, integrations with GM cars, earbuds, a ring, and eyeglasses. These join the growing cadre of first- and third-party products that tap into Alexa, Amazon’s virtual assistant.

But that’s just one tendril of Alexa’s ever-increasing reach. The assistant’s going to live on some devices alongside other virtual assistants, per a recent joint announcement with Microsoft, Salesforce, and others. Amazon is expanding Alexa by making it easier to create Alexa skills and by strategically penetrating the market in India, and it’s also making a play for the IoT networking space with Sidewalk.

Amazon has never pretended that its goal with Alexa is anything but ubiquity. The formula is not complex: You need a virtual assistant, things upon which to put the virtual assistant, and connectivity (both to the internet and to other devices). Next you need adoption to achieve critical mass, and then you can control everything. Amazon’s announcements this week show that it’s gaining ground on all of the above.

In your home and on your body

The most obvious way Alexa penetrates consumers’ daily lives is through attractive but non-essential tech gear like Fire tablets, Fire TV, and Echo devices. The Echo brand alone got a raft of new additions and updates to existing devices, including a smart display and a pile of smart speakers, one of which boasts high fidelity and connects to Fire TV devices. There’s also the new Echo Glow — a smart lamp for kids — and the Amazon Smart Oven.

There were new Alexa-powered wearables, too, in the form of Echo Buds (smart earbuds), Echo Frames (smart prescription eyeglasses), and Loop (a smart ring not to be confused with Ring, the smart doorbell/home security system). Amazon also announced a new Eero mesh Wi-Fi system and new Ring home security devices and device updates, all of which support Alexa voice commands. 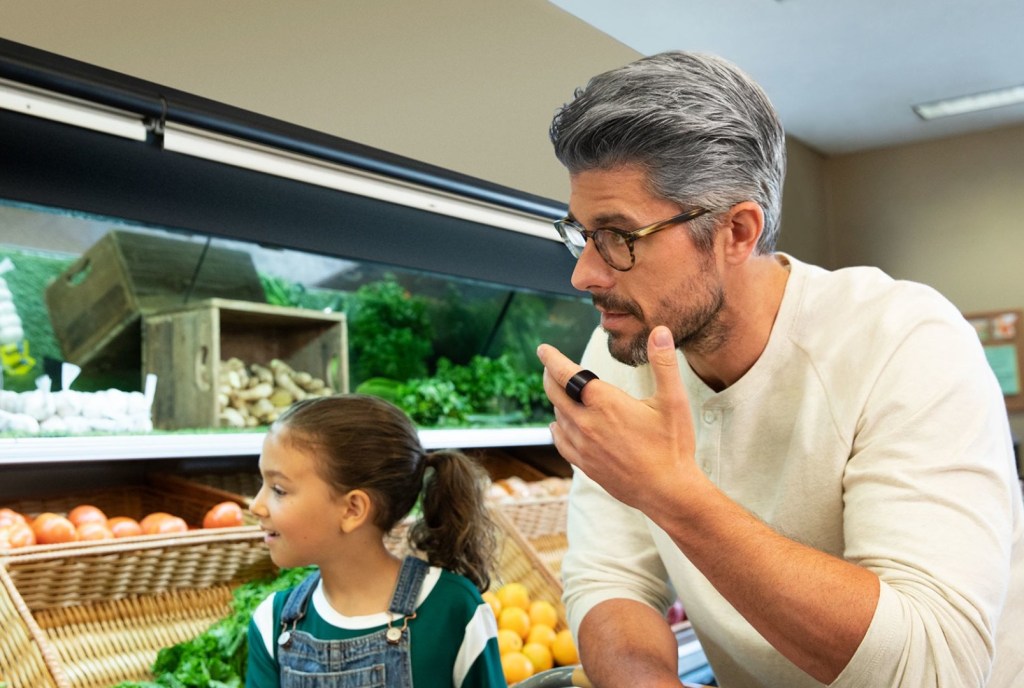 This is all from just one press conference, mind you. And you can see more on Amazon’s “More Alexa” page. But even that doesn’t take into consideration the fact that you can easily get Alexa on your smartphone, or that, according to Amazon, some 85,000 Alexa-compatible devices currently exist, with more coming all the time.

A press release reads in part:

Alexa isn’t just on home devices and wearables, either — it’s ready for the road, as well. “GM is the first automaker to deliver a fully embedded Alexa experience based on the Alexa Auto SDK,” said Amazon VP of devices and services Dave Limp during the press conference. “Alexa will be available on millions of vehicles across all four GM brands — Buick, Cadillac, Chevrolet, and GMC. The best part is that this isn’t just about brand-new vehicles. It’ll also be available to millions of existing vehicles on the road with a simple over-the-air update.” This follows the Alexa Auto announcement a year ago, as well as the recent Auto SDK 2.0 update.

Under the hood and across the ocean

Clearly, Amazon is not planning for Alexa to live and die by its own first-party devices. In fact, the company continues to go to great lengths to both improve Alexa on its own backend and make it as easy as possible for developers to create new Alexa Skills and plug into more devices.

Alexa Smart Screen Device SDK version 2 is now in public preview for developers. “This makes it easier for hardware manufacturers to add the same visuals we use in our Echo Show to their devices,” said Limp at the event. Education platforms like Canvas, Kickboard, and Coursera are connecting with the new Alexa Education Skill API to help parents check on their kids’ schoolwork. “Once connected, parents can say things like, ‘Alexa, what homework does Chris have tonight?’ or ‘Alexa, how did Sam do on the math test yesterday?’ and actually get a real response,” said Limp.

Amazon has also extended the Alexa Connect Kit, which allows developers (and arguably, non-developers) to easily add Alexa’s smarts to all manner of things. “We added new multi-step capabilities so that devices can feed telemetry to the cloud, make new decisions about operations, and give new instructions to devices — so any device can keep getting smarter, just like Alexa,” said Limp. Amazon also added some specific APIs for its smart cooking devices, like temperature controls and oven preheating, and it created a reference design that developers can use to generate their own ideas.

In a later interview with VentureBeat, Rohit Prasad, chief scientist for Amazon’s Alexa AI, expounded on ways Amazon is trying to make it easier for people to build skills, adding to the more than 100,000 that already exist. “We also lowered the barrier with Alexa skills [so] that you don’t need to be a machine learning expert to build these kinds of engaging experiences,” he said. He was referencing a school teacher in India he had met who added Alexa to a mannequin and is using it to engage his students as they learn English and other subjects.

It wasn’t an accident that Prasad had India on the brain. Among its many other announcements this week, Amazon launched a multilingual mode for Alexa that automatically detects Hindi and English in India, along with French and English in Canada and Spanish and English in the U.S. India is an enormous emerging market, with a population of about 1.3 billion people — more than twice the total population of all of North America.

If there was any doubt about how expansive Amazon wants Alexa’s presence to be, Limp removed it when he spoke about the “Alexa economy” — a term that would sound like mere market speak were it not for the extraordinary amount of money involved. “There are now billions of dollars flowing through the Alexa economy — that’s developer only,” he said. He didn’t qualify that statement further, but it’s notable that he’s not talking about how much money Alexa is making for Amazon, but how much money is moving through the closed “economy” around Alexa. This will soon also include the just-announced inventory sensors in the Smart Home Skill API that opens up a whole new revenue stream by automatically ordering consumables like printer ink or detergent for connected devices.

A proprietary internet of things

In addition to the throngs of Alexa-compatible devices, easy-to-use developer tools to take advantage of them, and forays into emerging markets, Amazon is looking toward the network, too. Owning your home Wi-Fi mesh network with Eero is one thing, but taking hold of a broader IoT-optimized network is quite another. That’s what Amazon Sidewalk is all about.

Sidewalk is a low-cost, low-power, and low-bandwidth wireless protocol that uses the 900MHz frequency band to link IoT devices together and send them over-the-air (OTA) updates, and it can connect across distances of up to a mile. Why does Amazon need its own network of this kind, when there are numerous competitors in the space? VentureBeat’s Kyle Wiggers theorizes that it has to do with the possibility of paid services or fees for device certification down the road.

On the whole, the “Alexa everywhere” effort is really a massive internet of things (IoT) play. One of the biggest problems with IoT, historically, is vendor lock-in. No one wants a household of mismatched walled gardens, where your lights can’t talk to your toaster, which can’t talk to your Bluetooth speaker, which can’t talk to your security camera. But if the garden is big enough, you never notice the walls. Theoretically, people don’t want to be in a walled garden of any kind on principle, but in real life it usually comes down to convenience. If Amazon can remove friction from the user experience, people will acquiesce to the vendor lock-in.

The end goal is market saturation. Amazon will know if it has won the virtual assistant wars if Alexa becomes a proprietary eponym for “virtual assistant,” much as facial tissue is known colloquially as “Kleenex” and a staggering number of people still refer to all tablets as “iPads.” 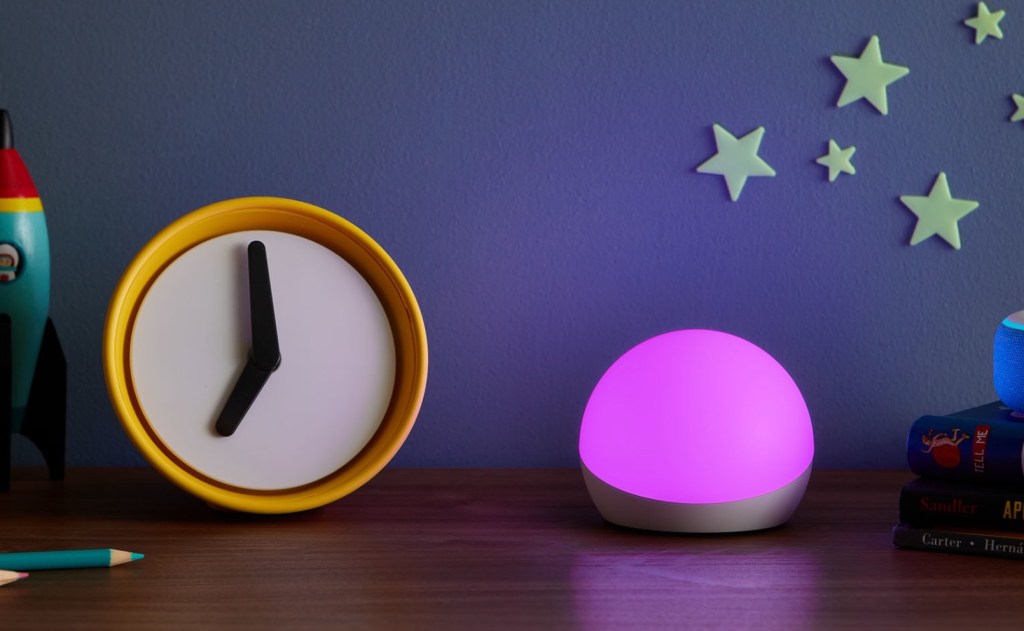 One device that is — in a roundabout way — among the most notable from the event is the Echo Glow smart lamp. It’s just $29, and its main feature appears to be letting kids use voice commands to turn on colorful lighting effects. It’s an inherently banal device, and not interesting at all from a technological perspective, but that’s sort of the point. You want a neat light-up lamp thing in your kid’s room? Why not spend a few dollars more to get the voice-controlled bit? And now Alexa lives in your child’s bedroom, and Amazon ticks a box on its spreadsheet. One more room. One more customer.

Young kids may not have iPhones and Apple Watches, but they do have fun little lamps in their rooms. So the first virtual assistant they’ll get acquainted with is Alexa. And with a large enough ecosystem in tow, Alexa may the first and last virtual assistant millions of tomorrow’s consumers buy into.