Tech startups are known for their crazy perks — a gym membership, unlimited vacation, and free meals — which are designed to recruit and retain engineers.

Percolate, a Manhattan-based company that helps brands create content, faces the same hiring challenges as any other startup. But rather than offering superfluous perks to attract talent, the company is investing in keeping its employees healthy. 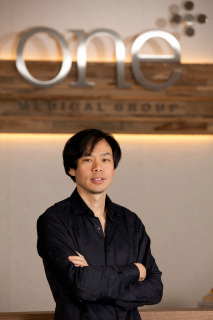 Percolate is one of some 40 companies that have signed up for a One Medical health plan in the past few months. Back in 2007, Dr. Tom Lee opened the first One Medical office in San Francisco with the catchy tagline, “the doctor’s office. Reinvented.” Since then, the primary care group has blossomed to 27 locations across the country in startup hubs like San Francisco, Silicon Valley, and New York. In March, Lee secured $30 million from Google’s venture arm and others to accelerate One Medical’s growth.

MORE: One Medical gets $30M to bring high-quality healthcare to all Americans

A physician by training, Lee started One Medical to fix many of the problems with primary care. One Medical’s doctors see significantly fewer patients each day than the nationwide average. Members can book a same-day appointment online or on the mobile application and can discuss symptoms with their physician on a Google Helpout, a secure video service, or in-person at any of One Medical’s offices.

By phone, Lee told VentureBeat that companies have been requesting a One Medical plan for years. With the Affordable Care Act (ACA) rolling out, Lee felt it was time to initiate a conversation with employers in his network.

“Employers are spending a lot of money on insurance,” Lee explained. “But the challenge isn’t necessarily whether people have insurance, it’s whether they use it.”

Companies can now purchase a One Medical plan for their employees, which can be customized to suit their needs. Anyone can purchase a membership for a flat fee of between $149 and $199. For services that aren’t covered by insurance, the out-of-pocket fee is $100 and up. Employers may receive a discount, which varies based on the number of workers and their overall health strategy. “It’s very individualized,” said Lee. Some employers may want to offer access to nutritionists through One Medical, for instance, and others may be willing to pay extra for health screenings or fitness evaluations.

Richard Fye, director of talent at Percolate, estimates that the company will spend roughly $15,000 on a One Medical company plan this year. That’s significantly less than gym memberships or free meals would cost. One Medical has already proven more popular than other company perks. Over 90 percent of the 60-employee company are already taking advantage. 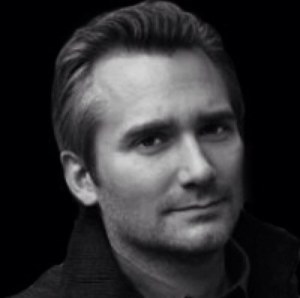 Fye said it’s too early to tell whether the One Medical membership will help them hire talent. He does expect, however, that it will keep employees healthier, more productive, and ultimately less likely to jump ship.

“I’ve never seen anything like One Medical, [with] its slick look and feel, the ease of use of signing up and making appointments,” he said. “It’s ideal for a young and digitally savvy audience.”

Health care is reforming rapidly, and care providers are under pressure transition to a “volume to value” model. This means doctors will be incentivized to keep patients healthy in between visits, and not by charging for a battery of expensive tests. Lee believes that One Medical’s offering will appeal to most self-insured employers, as it accounts for a tiny fraction of their overall health care spend.

“Companies lose out when their employees are rushing to the emergency room or need to be hospitalized,” he said.

It’s not just tech startups that are signing up to a One Medical plan, although this has proven to be a fertile market. One Medical’s first enterprise customers include Doximity, Sequoia Benefits, Quantcast, Adobe, NBC Universal, Adobe, Uber, and Fitbit.