This coming week will give us a huge window into the state of the digital universe — and its winners and losers. Apple will hold its latest product unveiling, rumored to be the iPad Mini debut, on Tuesday in San Jose, Calif. While Microsoft will close the week with the debut of its Windows 8 operating system and Surface tablet. Those two events represent a titanic struggle for the future of computing on mobile devices — potentially the largest technology market of all. 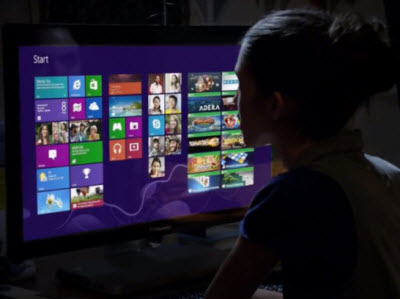 Along with those events we will see the latest tech earnings reports, starting with Yahoo on Monday. On Tuesday, just after Apple’s event, Facebook and Netflix will report earnings. AT&T and Zynga will report on Wednesday, and then Apple and Amazon will report earnings on Thursday. Each one of those events will provide more visibility into how technology CEOs view the outlook for the all-important holiday tech season and the months beyond it. Each report will tell us more about how relevant the big tech players will be.

To be sure, every week is busy when it comes to news about technology companies. We don’t want to exaggerate the importance of one week too much. It will be at least another 90 days before the earnings reports come in to tell us how successful the launch of Windows 8 was, and it may take several quarters to determine its full impact.

But rarely do we see the stars align on such bellwether events. Apple surely calculated that it could steal some of the limelight from Microsoft by launching the iPad Mini, which reportedly has a smaller price tag and a 7-inch screen, just before the debut of Microsoft’s tablet and new operating system. More affordable devices could help seal Apple’s dominance in the tablet market.

But for all intents and purposes, Windows 8 is going to be a much bigger event for the larger tech industry. And for Microsoft, it better be. With Windows revenue down 33 percent, VentureBeat’s Sean Ludwig noted that Microsoft has everything riding on its new operating system.

Intel estimates that 140 laptop computers will be introduced in the coming weeks with Windows 8. Another dozen will be hybrids, or laptops that can convert into tablet mode, 20 Intel-based Atom tablets, and a half-dozen Windows RT tablets, or Windows-based devices which run on processors from Qualcomm and Nvidia. The latter represents a chance for Microsoft software to expand beyond the base on Intel machines for the first time in decades. It takes a huge amount of resources to organize the entire PC ecosystem around the launch of so many devices. 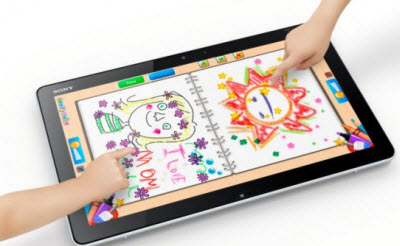 Because so much is at stake, the innovation gears are kicking in. Intel chief executive Paul Otellini said he hadn’t seen so much innovation in the history of PCs. You’d expect him to say that. But cool designs, like Sony’s mobile all-in-one Windows 8 computer (pictured left), are redefining what a PC will be.

Apple’s tablets start at $500 and up, though the iPad Mini could lower that sweet spot toward the price tags of the Google Nexus 7 and the Kindle Fire HD at $199. Consumers will decide which price point is the right one for their computing needs.

The Consumer Electronics Association is predicting that U.S. consumer electronics sales will top $200 billion for the first time this year. But there will be winners and losers. On average, consumers will spend $1,634 this holiday on all goods. But they’ll spend only about $252 of that on consumer electronics. They’ll spend more on gift cards. But you can bet that means consumers are going to buy no more than one device during the fourth quarter. Smartphones are expected to be the biggest winner this fall, the CEA says.

Those consumers will tell us whether they are still comfortable with the familiar personal computer or if they want to embrace tablets and smartphones more and more. Last week’s earnings reports from Intel, Advanced Micro Devices, Microsoft, and Google told us that mobile has come to dominate Silicon Valley and the larger tech future. Advanced Micro Devices, which was late to the mobile/tablet party with its processors, is laying off 15 percent, or 1,700 workers, because the transition is happening a lot faster than it thought. AMD CEO Rory Read said in an analyst call that he feared the PC market would be sluggish for several more quarters.

Beyond gadgets, we’ll see a ton of new services to go with these devices. Microsoft has revamped its music service in hopes of offering enough ways to buy music to satisfy all consumers.

We’ll also see the fate of the regional economies start to play out as well. We’ll see if Cupertino, Calif., becomes the nexus of the computer world, or if that mantle will remain in Redmond, Wash. That will determine where the tech jobs will be created. As Yahoo and AMD thin out their work forces, Google and Apple are hiring like crazy and are helping to improve the job outlook in Silicon Valley.

For tech writers, it doesn’t get much better than this coming week. We’re going to be busy, so bring on the coffee. Let the tech wars begin.