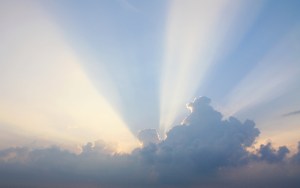 Rather than make users learn new tools to work in remote teams, oneDrum is an online tool that seamlessly allows users to share and edit documents in programs such as Microsoft Xcel, Powerpoint and MS Word, spanning as far back Microsoft Office XP, which was released in 2002. With oneDrum, users get the fast and easy functionality of programs like Google Docs, but for the most popular desktop apps.

“We designed oneDrum to be insanely powerful and with as few compromises as possible,” says oneDrum co-founder and chief executive officer Jasper Westway. “Users want files to be accessible and editable offline, and co-authoring, file sharing and chat messaging are all experiences that people have become accustomed to and need for productivity.”

It’s important to remember that while personal computing races ahead, there are tens of millions of business technology users who are still stuck with applications their companies can’t easily update, because it would be cost prohibitive to update Windows software company-wide at an organization with 1,00o or more employees.

Without divulging names, Westway told us that one of America’s top five management consulting firms had approached them about using their software to make their business teams more efficient. While on a tour of Silicon Valley, with a delegation from the UK, oneDrum was meeting with everyone. Well, almost everyone. Westway says Microsoft was the notable exception, because they would be a direct competitor.

Westway says he sees a future for the company where oneDrum is the technology that companies use to make their desktop applications collaborative and social. Software developers who may use the product to collaborate with their teams may be building on top of it down the line, for consumers to use.

The oneDrum platform was developed in the Stirling University Innovation Park, adjacent to a college campus, and Westway says college students were regularly tapped as beta testers, both to see what could be broken, and also to gauge how people not involved in the creation would use it.

A Windows version of oneDrum is available today, with a Mac version expected to be launched in beta some time in Q4 of 2011.