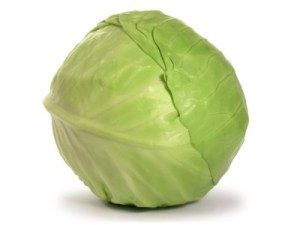 It probably doesn’t hurt to have a company name synonymous with “cash” when appealing to investors. It certainly hasn’t hurt Kabbage, which raised $17 million today.

Kabbage provides immediate working capital for small merchants using big companies like eBay, Amazon and Yahoo to sell their products. Merchants use Kabbage to get cash-in-advance in a Paypal account after a quick background check. Kabbage then charges a fee equal to six to 16 percent of the capital advance, depending on how long it takes the seller to pay it back.

Today’s $17 million comes from Mohr Davidow Ventures with participation from BlueRun Ventures, David Bonderman, Warren Stephens and UPS Strategic Enterprise Fund. Individuals are also participating in the funding, including Square co-founder Jim McKelvey. Mohr Davidow, which has invested heavily in companies focused on big data and analytics, jumped on the chance to invest in Kabbage.

“When we were first introduced to Kabbage we thought, ‘Holy cow, how come no one has thought of this before?’,” says Bryan Stolle, general partner at Mohr Davidow Ventures, in an interview with VentureBeat. “To be fair, you couldn’t have done this until recently. The very best way to assess credit is to look at actual business performance in a real time manner, and that technology is now available. Banks are always looking at historical information to predict the future, meantime more and more businesses are moving online and historical financial markets are struggling to deal with this. Some banks still see internet merchants as a fad.”

“Although small business fuels the majority of growth in the U.S., it is extremely difficult and time consuming for these businesses to apply for and actually receive financing from a traditional bank,” says Kabbage CEO and co-founder Rob Frohwein in the company’s press release (the executive team wasn’t available for comment today). Frohwein adds that Kabbage will add support for merchants operating on Facebook, Etsy, Shopify and Marketplace at Sears.com over the next six months.

Atlanta, GA-based Kabbage was founded in 2008 and entered the market in April 2011, providing funding for merchants along with automated data sources to analyze transaction history, customer traffic and reviews. The company has just patented “Apparatus to provide liquid funds in the online auction and marketplace environment.” Patents are important to Kabbage, and are a critical component in competing with capital lenders, including big banks. Patent acquisition shouldn’t be hard for the company. Kabbage CEO Frohwein was recognized as one of the world’s top intellectual property strategists by Intellectual Asset Magazine. He also wrote the Pocket Idiot’s Guide to Copyrights.

Kabbage raised $6.65 million in January 2011 and $2 million from a seed funding round led by angel investors toward the end of 2009. This first institutional round of funding, led by BlueRun Ventures and UPS Strategic Enterprise Fund, brings the company’s total funding to $8.65 million.