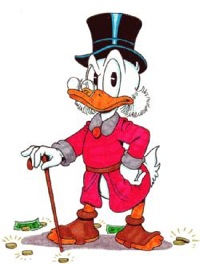 Surprising no one, online shoppers cut back on their gift-buying this year. Web sales during the holiday season dropped three percent compared to the same period last year, according to data from comScore. This is the first time online holiday sales have dropped since comScore started collecting e-commerce data in 2001.

The numbers are barely above those included in the report on last-minute shopping that comScore released a week ago, and for good reason — that report already covered the period from Nov. 1 to Dec. 21; the new numbers only add two more days. But with the holiday season over, we can now make an apples-to-apples comparison between 2007 and 2008. E-commerce sites brought in $25.54 billion during this year’s holiday season, compared to $26.33 billion last year. That drop comes despite an increase on key shopping days like Black Friday (Nov. 28) and Cyber Monday (Dec. 1).

What’s behind the stinginess? Probably a combination of the bad economy and the fact that there were five fewer shopping days between Thanksgiving and Christmas.

Despite the decrease, many of the top e-commerce sites saw their traffic go up compared to last year: Top site eBay fell 4 percent, but Amazon was up 7 percent, Wal-Mart was up 4 percent, and Apple was up 19 percent. Amazon earlier said it set a single-day record on Dec. 15. But since the online retailer only shared the number of items sold, not the dollar value, I wouldn’t be surprised if people bought cheaper items, bringing Amazon less money.