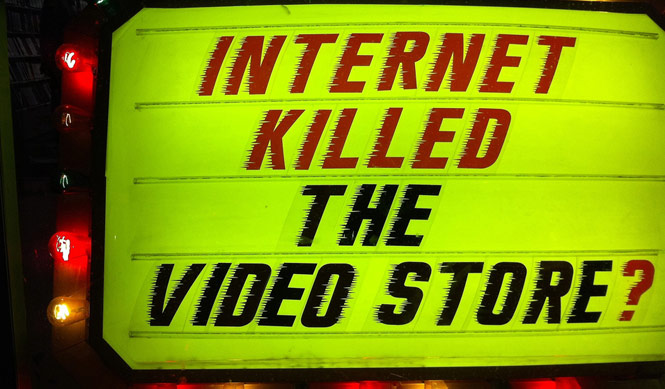 ComScore released its July 2012 online video rankings for the U.S., and the news is that there is no contest. Google (read YouTube) is number one, and you’ve got to look a long way down the graph for numbers two, three, and four.

Beyond that, Facebook is now number two, and Hulu is quite obviously Queen of Ads.

Google sites had a total viewership of 157 million viewers in July, up from 154.5 million in June, and they watched almost 37 million videos. And each user watched an astounding average of 525 minutes — also up from 1,238 minutes last month.

The other piece of news: Facebook is now second, up from third last week. Facebook’s growth is not shocking — the shocking part is that with almost a billion users, only 53 million are watching videos.

I would expect this number to rise over time, but it will have to triple to start challenging Google and YouTube.

One thing that may not change quickly: the average number of minutes viewed on Facebook. At 22 minutes per viewer, it’s a fraction of YouTube’s 525 minutes, and a function of the type of videos being shared. The average person can only watch so many cats, babies, and Little League clips and stay sane.

And finally, here’s an interesting tidbit: Hulu has a much higher percentage of ads than any other video network. This isn’t surprising, perhaps — Hulu is, after all, owned by the big traditional media networks NBC, Disney, and News Corp.

But with a fraction of the videos and viewer-minutes of YouTube, it somehow manages to jam in almost three times the number of ads: 521 minutes of ads on Hulu to 166 ad minutes on Google. 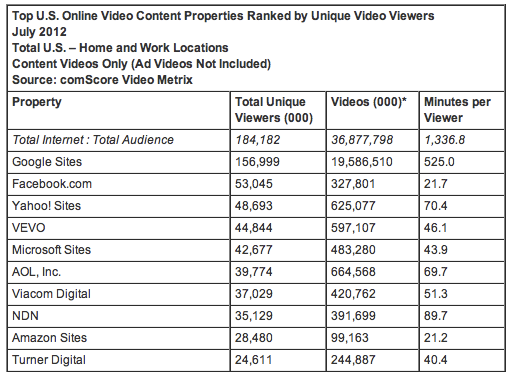 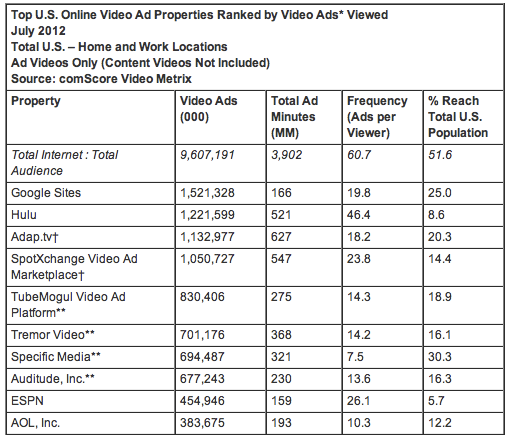