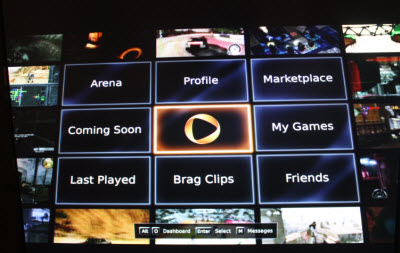 OnLive is launching its cloud gaming service for the United Kingdom on Sept. 22. This is the the first major international expansion for the company.

With OnLive, consumers can play games instantly online from various platforms. Because the games reside on servers at internet-connected data centers, users can play high-end games on low-end computers. The games are computed at the data centers and then sent as video to the user’s computer, which displays rather than processes the games.

The company will launch the service at the opening of the 2011 Eurogamer Expo in London. It will have more than 100 top-tier games available on high-definition TVs, PCs, Macs, iPads and Android tablets. At the event, OnLive plans to hand out thousands of free OnLive game systems, which adapt the games to run on a TV.

The U.K. system has the same features that are available in the U.S., where OnLive has been available since June 2010. Users can see free instant demos of games, spectate multiplayer matches, create Brag Clips of their own exploits, and post those clips to Facebook. OnLive also offers a flat-rate PlayPack bundle with more than 70 games. Sign-ups for the UK are at this site.

OnLive is working on the launch with its major investor, British Telecommunications. More details about the collaboration will be announced later. OnLive players in the UK will be able to interact with OnLive’s North American customers. Rivals include GameStop, Valve’s Steam and other cloud gaming companies such as Otoy and Gaikai.

Besides BT, OnLive’s investors include HTC, Warner Bros., Autodesk, Maverick Capital, AT&T and The Belgacom Group. The company was founded by entrepreneur Steve Perlman nine years ago and has more than 200 employees.