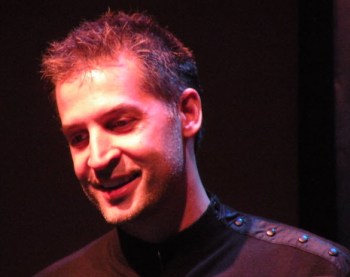 OnLive‘s announcement of a ground-breaking video-on-demand service has become the buzz of the game industry this week at GamesBeat 09 and the Game Developers Conference (GDC) in San Francisco. But it has also shaken loose a competitor.

David Perry, chief creative officer at Acclaim and an active game entrepreneur, said he has a new company dubbed Gaikai that’s trying to do the same thing as OnLive but without some of its drawbacks.

“I was going to reveal it at [the E3 trade show], but the OnLive news has forced my hand,” said Perry, whose new project is not associated with Acclaim.

OnLive has a big head start. Entrepreneur Steve Perlman started it more than seven years ago and now has working demos of a service that enables server-based game play, where the game computing happens on a central server and game images are sent instantaneously to the gamer’s display. The technology speeds the flow of data so much that Perlman said high-end games can play on low-end hardware. A lot of executives I talked to in the past day are skeptical that Perlman can pull it off, but all agree it could be a huge disruptive force if it works, enabling digital distribution of games that bypasses retail. Perlman has deals with a bunch of publishers who are showing 16 working games at the GDC. He has raised money from Maverick Capital, Warner Bros., and Autodesk. 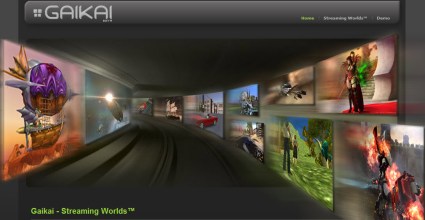 But I tend to think that all gaming, and all computing, will go in this direction. A case in point is Perry. It’s clear that people have been thinking about cloud computing for games for some time. Perry’s team is further behind, but it shows others are working on trying to solve the problems of server-based lag.

Perry said that while Perlman’s solution requires a small megabyte-size download, his company can do it without any downloads to a client machine. He said he can get it working on any machine with a broadband connection.

Perry, by the way, recently railed against GameStop, the largest retailer of games, for selling used games without giving a cut to publishers or developers, so it makes sense he’d be working on a solution. His company is small, with just a couple of Dutch technologists and Perry himself. Perry said he has filed for patents. He plans on raising a round of venture money and hiring more programmers. He said his company will need to strike a deal with a major internet service provider that can help create a video-games-on-demand service around the technology.