updated to add video tour of the product

Ooyala, a company founded by a couple of former high-ranking Google employees that wants to revolutionize advertising within online video, has received $8.5 million in a second round of investment.

Ooyala’s initial investors also took part in the investment, but the round was led by Sierra Ventures.

Ooyala, of Mountain View, Calif., allows you to upload your video to the Internet via a service called Backlot. The service helps you stream it to viewers, syndicate it, get analytics and keep it all organized. See video below, where Ooyala’s marketing manager, Alexa Lee, takes you on a tour of its considerable features.

More profoundly, though, Ooyala analyzes the video for recognizable objects – famous actors, for example, or sports players, or things as banal as a chair or a piece of fruit. Ooyala can then offer up to the viewer other clips or information about the objects — such as other movies the actor may have played in, or the game statistics of an athlete. Similarly, targeted advertisements can be shown, embedded directly within the video. Ooyala can detect what parts of a video are fast-forwarded through by a viewer or which parts are rewound and watched again. This behavioral data can also help direct advertising to viewers based on their interests and habits. More of Ooyala’s features can be found in this article from BusinessWeek.

Ooyala charges eight cents per hour of video it processes for viewing. Backlot was launched last November. We first mentioned the company here.

In an interview with VentureBeat today, Ooyala co-founder Bismarck Lepe claimed that Backlot has more than 4,000 customers and about 200 active users that make daily posts. This includes sites like Comedy.com and VOIG.com. Lepe also stated that Ooyala will soon be announcing major deals with several studios and “a couple of networks.” 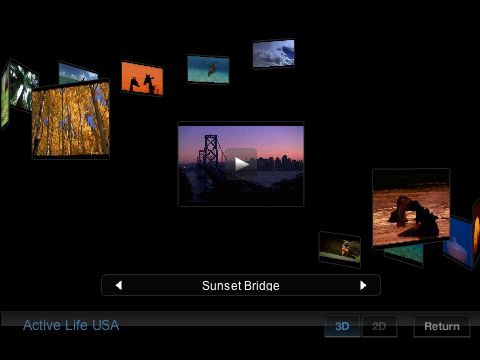