Steve Ballmer, the former chief executive officer of Microsoft and the current owner of the L.A. Clippers, has a lot to say about Microsoft — especially about the Microsoft Azure cloud business. In an interview with Bloomberg, he argued that since the company was betting big on the cloud, it should report revenues and profits and not just the run rate, which he said was sort of bubkes! He argued that since software has higher margins than hardware, it is important for shareholders (he is a big shareholder) to see information around margins.

Ballmer is right: Revenue and margins are the most important metrics. But there are also several other metrics pertaining to the cloud that need to be standardized and reported.

The impact of the cloud

I have tracked the cloud since its emergence in the early 2000s. It was pretty obvious even in those days that the cloud wasn’t as much of a technical shift as it was an ideological, philosophical, and economic shift that would reimagine how we consumed technology resources. This belief led to the creation of the Structure cloud conference in 2008.

Even though the hype around cloud startups and investments has ebbed, the cloud ideology is now an essential part of the modern ecosystem. Hardly any new product or offering is untouched. Just look at Amazon Web Services’ remarkable growth within a decade of its existence and you can see the cloud’s impact. Of course, growing popularity has also come with marketing malarkey and what we old tech nerds affectionately call FUD. Oracle woke up, rubbed its eyes, and yelled, “We got clouds!”

Another company that likes to tout its cloud credentials is IBM, which has always been good at issuing press releases but less so at actually having a major impact on the cloud. I asked my Twitter followers about the possible impact IBM could make on the cloud, and a whopping majority of 85 percent said it will have marginal, minimal, or no impact. Only 16 percent of the 470 who voted thought IBM will have an impact.

The public cloud for now is a three-horse race, and Amazon leads by a mile. Amazon recently started to report its AWS-specific revenues and margins — because it is in the driver’s seat, and also because AWS is giving a boost to the overall company’s bottom line. During the fourth quarter of 2015, AWS revenues were about $2.41 billion, a 69 percent boost over the same quarter in 2014. AWS has revenues of almost $10 billion a year.

It is rumored that there is only one way for the next horse, Google, to catch up: offer steep discounts on the overall service and in some cases offer it for free. The recent deal with Spotify is rumored to be one of those free-ish deals, as my sources tell me. 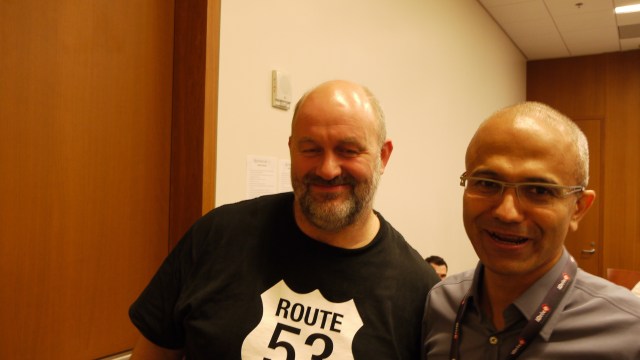 Either way, I think is time for the industry to come up with a standardized set of growth and usage metrics from those who say they offer cloud services. In order to qualify as a public cloud service provider, the company should offer compute, storage, networking, and memory in a flexible, on-demand basis and allow for fractional payment. At present, I believe that AWS, Azure, and Google Cloud are three public cloud companies that offer those at scale. Here are the growth and usage metrics that I would propose we require:

I admit that the usage of disk and growth can be doctored by playing pricing games, but it isn’t easy, as Google found out the hard way. The number of developers using the platform is a good indicator of a platform’s health. It points to future growth and revenue and profit prospects.

But the most important metrics that every cloud platform needs to report are what Ballmer focused on: revenues and margins. It is time for Microsoft, Google, and Amazon cloud to report:

Given that these three are all public companies, they shouldn’t shy away from revealing data that allow shareholders to understand their prospects. Similarly, if IBM and Oracle want to be part of the cloud conversation, they should also report such numbers. I am sure global players like Baidu and Alibaba would love to participate.

So far we have not asked companies to report these metrics, and as a result we have an ambiguous understanding of the market and the landscape. It is time for the three leaders — Amazon, Microsoft, and Google — to step up and set the standards.

P.S. For now consider this note as a working draft. Your input is welcome!

Om Malik is a partner at True Ventures and founder of Gigaom.