Open source has gone mainstream, but now what? 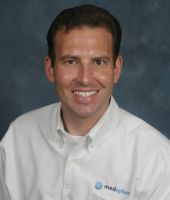 All the evidence suggested open source has arrived: This year, some 40 percent of the conference came from the IT departments of large, traditional tech companies, Goldberg estimated — far more than previous years, when early dilettantes dominated, such as VCs and lawyers. Also, Microsoft, the embodiment of “un-open source” software, said it wants to warm up to the source community. Finally, you no longer have to convince anyone that open source can make money, Augustin and Goldberg said: This past year Citrix acquired open source virtualization company XenSource and Sun acquired open source database company MySQL for large sums of cash.

It may only be a matter of time before open source is just part of every business strategy, and separate conferences like the OSBC are unnecessary, Augustin said.

But … is that all there is? Even Goldberg, optimistic overall, conceded he was disappointed when he heard that MySQL, rather than going public, had been purchased by Sun.

Acquisitions aren’t the end of the world, either, Goldberg and Augustin said, as long as companies take the right steps to sustain the community. (As Rob Bearden said yesterday, when it comes to building an open source business, “Community is everything.”)

Overall, Augustin and Goldberg seemed excited about these trends, but not everyone shared their view.

I had a chance to interview Bob Bickel, who launched his new company Ringside Networks at the conference (I’m going to post about it later tonight), and he described OSBC as “depressing.” It’s great that the big guys are using open source, he said — unless you thought open source could be something more.

Bickel’s version of success? A company that could go big by “offering IBM’s software portfolio in open source.” Instead, he said, everyone at the conference (even Ringside) wants to use open source as a marketing tool, not a full business model.

Bickel used to be the vice president of strategy and corporate development at JBoss (which has since been acquired by Red Hat), and he recalled sitting down with JBoss‘ chief executive in 2002 to outline the company’s long-term strategy. Since then, there hasn’t been much new. Everything at this week’s conference was a rehash of what was known long ago: The whole conference is “basically that Powerpoint presentation dragged out,” Bickel said.

For now, Bickel is hoping to see more innovation from social networks.

Augustin also said he’s bullish about that market, and pointed to Ringside Networks as an exciting example. (You see? It all connects.) In general, Augustin said companies wanting to break into open source should look at consumers to see where to go next.

“At this point, it’s the consumer market that’s driving the enterprise market,” he said.

As for me, I found the excitement at the OSBC pretty darn contagious. Despite being a newcomer to this world, I can certainly understand Bickel’s disappointment that open source isn’t living up to some pioneers’ ambitious goals. But hey, isn’t that what happens in most revolutions? That doesn’t mean there aren’t exciting things to come.