OpenFin, a London and New York company developing what it calls the “operating system (OS) of finance,” today announced that it’s raised $17 million in series C financing led by Wells Fargo, with participation from Barclays and existing investors Bain Capital Ventures, J.P. Morgan, and Pivot Investment Partners. The influx of funds follow a $15 million series B round in February 2017 and bring the company’s total raised to $40 million, and CEO Mazy Dar said they’ll be used to “make OpenFin OS ubiquitous” and to fund further product innovation.

“OpenFin OS and our new app store services enable the next generation of desktop apps that are transforming how we work in financial services,” said Doerr, who pointed out that legacy apps can take upwards of 18 months to update and that roughly half of financial services companies’ development time is devoted to compatibility testing. “Apple and Google’s mobile operating systems and app stores have enabled more than a million apps that have fundamentally changed how we live.” 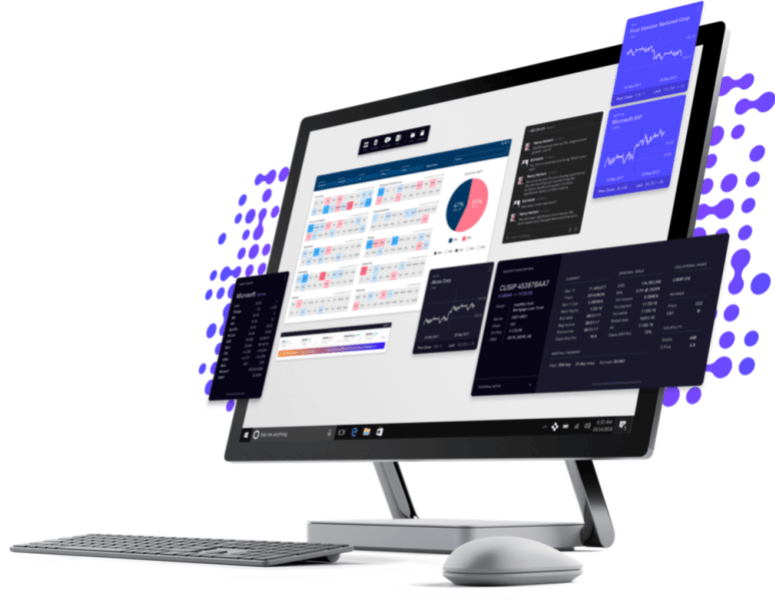 OpenFin supports programs written in Java, .NET, and other languages in addition to HTML5, and it boasts native language adapters and an API to enable data sharing between apps old and new.

On the security front, OpenFin implements sandboxing such that apps can save files to a file system, read the clipboard, or launch another app, but live in a partition separated from the native OS. There’s access control via a robust permissions and group policy manager that allows IT to block functionality, restrict apps, or whitelist services, and OpenFin’s engineering team regularly vets Chromium security updates to ensure they don’t break app compatibility post-rollout.

OpenFin Cloud Services, OpenFin’s suite of managed and turnkey solutions, complements OpenFin OS with a private app store that lets customers distribute curated apps throughout their organization, in addition to backend storage (dubbed Workspace) that saves users’ workspace configurations in public or private clouds so that their preferences follow them from computer to computer. Customers also get Account, a portal through which admins can create and manage single sign-on user accounts that support Microsoft Active Directory.

OpenFin says its OS, which runs more than 1,000 apps, is currently being used at 1,500 banks, asset and wealth management firms, and hedge funds across 200,000 desktops in over 60 countries. Among them are titans of finance like J.P. Morgan, Citadel, Electronifie, REDI, Trumid, Greenkey, ICAP, OpenDoor, Embonds, and Tullett Prebon.

“We have been following OpenFin’s progress and are impressed by the company’s success in gaining wide adoption in capital markets. OpenFin is leading a key effort in providing the financial industry with a modern and unifying foundation for development and secure distribution of financial applications,” said Wells Fargo managing director of strategic investments Basil Darwish. “We are delighted to lead OpenFin’s Series C funding round and excited to support the next phase of their development.”

OpenFin is a graduate of the New York-based accelerator First Growth Venture Network and the FinTech Innovation Lab. The company’s previous investors include DRW Venture Capital, NEX Euclid Opportunities, and NYCA Partners, among others.