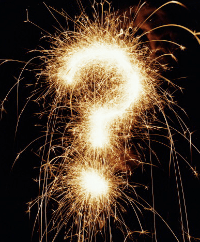 Google’s OpenSocial has gained a lot of publicity for opening up standards between social networks. But one key ingredient missing from OpenSocial is the applications themselves. What can developers make that will be actually be useful? That question still hangs over Facebook’s developer platform.

Without useful apps, these other networks — Plaxo, LinkedIn, etc — may remain the niche social networks they are today.

Silicon Valley technorati have been calling Facebook’s developer platform revolutionary because it was the first large social network to give outside developers access to users both inside and outside of the site. But even Facebook’s revolution is a work in progress. So far, the most-used Facebook applications are primitive interactive games, where you can take simple actions like “biting” or “throwing food at” your Facebook friends.

As with Facebook’s platform, it’s unclear what game-changing applications will result from OpenSocial.

Maybe access to OpenSocial data will lead developers to build apps that automatically tell businesses what their customers are looking for, as the Smoothspan blog thinks:

“Suddenly, we have cross-business knowledge of customers….Your office supplies source will already know which toner cartridge fits the printer you ordered and registered from Dell. The camera store knows which accessories fit the new digital camera you got for your birthday. The photography enthusiast site you’ve joined automatically offers to hook you up with the group of fellow enthusiasts who have the same camera. They know from another photo site you’ve been visiting to hook you up with the landscape photography crowd rather than the portrait takers. Because you have a membership with the National Audobon Society, you’re also steered to the wildlife photographers.”

The exciting but mostly unmet promise of Facebook’s platform is to be a “social operating system,” a way to connet your Facebook social profile to a wide range of productivity applications, more complex games and other types of software you use across the web and your desktop. This way, the hope is, you’ll be able to discover common friends, shared interests or other social information about the people you interact with — social connections you might otherwise miss.

LendingClub is a good example: the peer-to-peer money-lending service grew first as a Facebook application, then became a successful free-standing site. A couple humble but interesting little Facebook applications have also started pushing this boundary. Faceforce.com matches Facebook relationships with Salesforce contacts within Salesforce. TheCollegeFreeway.com is a free-standing site that takes your Facebook profile and uses it to help you find classmates and their class notes on its own site. So far, we know of very few successful apps that send users away from Facebook.

With Salesforce, LinkedIn and Oracle on board with OpenSocial, there is now a huge amount of information about businesses and businesses relationships that developers will be able to access, that doesn’t exist in Facebook. Of course, Facebook partner Microsoft also has a huge amount of business data through its enterprise services, which it may put to use with Facebook — as we speculated here back when Facebook launched its platform in May.

Another reason for Google getting involved could be that it wants to access to a vast map of data about users interests and relationships on other social networks. This way, it could provide more targeted advertising to people who view Google ads, as Technovia thinks.

How will Google get such data? One way is by offering to host developer’s applications, which it is already reportedly doing — seemingly a similar service to Amazon’s EC2 and S3 services.

Google, however, won’t be hosting user-specific data, and it isn’t a necessary conduit for sharing data between OpenSocial member social network. But Google could also learn about the emerging OpenSocial ecosystem in other ways. Hi5 chief executive Ramu Yalamanchi tells us developers may turn to Google Analytics to measure traffic on their applications across networks.

Another question: Does OpenSocial, the Google-led platform that will let developers build applications that run across many social networks, have more valuable data than what’s contained in Facebook, Myspace, Yahoo, Bebo and the other sites that have their own developer platforms in progress?

Demographically speaking, Facebook has already captured — at least for now — the wealthiest, largest cross section of college students and professionals in the world, and all of the interests, behavior and relationships that comes along with it. Myspace has an even larger user base.

Facebook is already working on using its user data to provide better-targeted ads.

Can the diffuse information on various social networks that OpenSocial is trying to aggregate result in a more complete “social operating system” profile than what Facebook or Myspace or Yahoo or Bebo or other sites can offer? We don’t know yet.